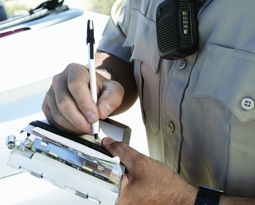 Fresno – Today the ACLU of California (ACLU) and the American Friends Service Committee (AFSC) released a report confirming the Latino community’s experience of being targeted for suspected unlicensed driving by California Highway Patrol (CHP) officers in Fresno County, with two officers being largely responsible for the racially disparate impact.

In 2012, community members from Caruthers, California contacted the ACLU and AFSC because CHP officers were stopping Latino residents for little or no reason and impounding cars at alarming rates. Upon reviewing records of citations issued by CHP in 2012 in Fresno County, the ACLU-CA and AFSC concluded that Latinos were issued citations and had their cars impounded by CHP officers in a racially disproportionate manner.

“The data supports community experience: members of the Latino community had their cars impounded much more frequently and under circumstances that suggested racial profiling,” stated Myrna Martinez Natares, Program Director with AFSC.

On one occasion, a young father was cited for “obstructing” traffic because he was driving too slowly and had his car impounded. He, his wife, and his two-week-old baby were left on the side on the road in 100 degree heat even after telling the CHP officer that they had no way of getting home.

The organizations also discovered that two particular officers were primarily responsible for the disparity. Those two officers issued 69% of all the citations for driving without a license that resulted in car impoundment in 2012. One of the officers issued 5 citations in 3 hours, when the average number of citations for the remaining 56 CHP officers was 4 for the entire year.

“Although two officers represent isolated problems within CHP and we have heard reports from the community that things have improved in Caruthers, we hope CHP and other law enforcement departments recognize the harm one or two bad officers can cause and take proactive steps to prevent similar problems elsewhere,” stated Julia Harumi Mass, Senior Staff Attorney with the ACLU of Northern California.

In their report, the ACLU-CA and AFSC call on CHP and other law enforcement agencies throughout the state to make formal policy changes to eliminate and prevent the racially disparate treatment of community members. These include: