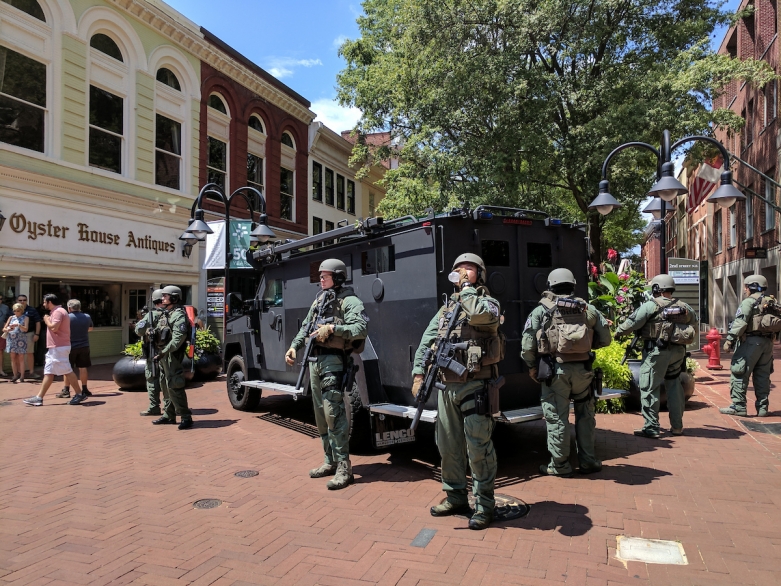 Every year, billions of dollars’ worth of funding and military equipment flows from the federal government to state and local police departments. Local police have effectively been stockpiling wartime arsenals, with low-income people and people of color bearing the brunt of this militarization over the years. For example, over 600 police departments throughout the country have received MRAPs (Mine Resistant Ambush Protected) vehicles—tanks built to withstand armor-piercing roadside bombs. In 2014, the ACLU studied over 800 incidents of paramilitary policing in the U.S. between 2011 and 2012—people of color were more likely to be impacted by them than white people. But our neighborhoods are not warzones, and police officers should not be treating us like wartime enemies.

AB 3131 will restore transparency and accountability by making sure that law enforcement agencies provide notice to the public before they decide to acquire military equipment.

Sponsors: ACLU of California and Indivisible.