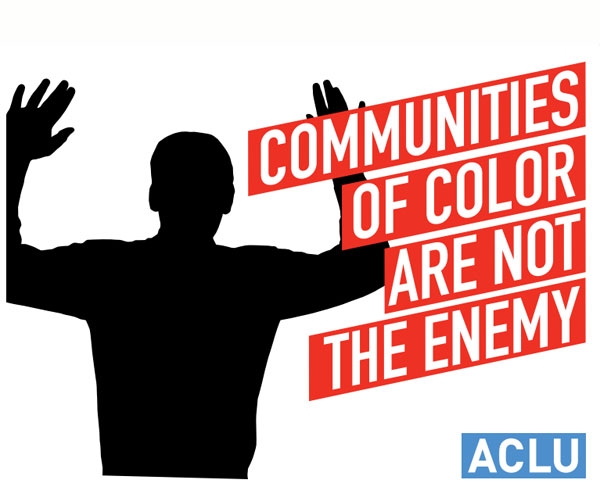 Update: On April 7th, South Carolina police officer Michael T. Slager was charged with murder after a video surfaced showing him shooting Walter Scott, an unarmed Black man, eight times in the back and killing him.

The brutal deaths of Walter Scott, Michael Brown, Eric Garner, and Tamir Rice all point to the need for immediate action. Systemic change is necessary for police to start serving and protecting communities of color, instead of waging war on us.​

Update: On Dec. 3, 2014, the grand jury in NY did not indict Officer Daniel Pantaleo for the death of Eric Garner, a black Staten Island father of six, by illegal chokehold. This decision follows an appalling national pattern where police officers use excessive and sometimes fatal force against people of color and are frequently not held responsible.

There needs to be a shift in the culture of policing in America. A good start would be for our national leaders to come out strongly against excessive force and racial profiling.

Michael Brown’s death is a tragic loss to his family, community, and this nation. But because of this tragedy, and the protests that followed, national leaders are finally paying attention to racial profiling and discriminatory policing.

We must not allow the killing of Michael Brown and other unarmed individuals by the police to be in vain.

With enough widespread public pressure, we can push our leaders to implement effective structural changes and transform policing across the country. It’s about time.

We can’t move forward until our national leaders acknowledge and directly address the recycled vestiges of racial violence and de-humanization, particularly in law enforcement, that still exist today.

Too many lives have been lost and too many continue to be unnecessarily endangered, especially in communities of color.

Urge the DOJ to release their Guidance to ban racial profiling and ask them to make it enforceable federally and locally.