ACLU Mourns the Loss of Arthur Carmona, Advocate for the Wrongfully Convicted 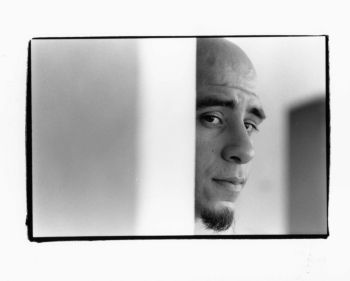 Arthur was just 16-years-old when he was wrongfully convicted of a robbery as a result of mistaken eyewitness identification in 1998. Arthur spent two years in prison before his innocence was proven, largely as a result of the tireless efforts of his mother, Ronnie Carmona, and his pro-bono legal team from the firm of Sidley Austin LLP. When Arthur was finally freed in 2000, it was on condition that he not sue the county because of his wrongful conviction. As a result, Arthur never received any compensation for his years of false imprisonment; nor did he receive any support services - much less an apology - after his release.

Arthur was determined to do all that he could to ensure that no innocent man, let alone an innocent teenager, ended up in California’s prisons. He became a great advocate for the wrongfully convicted and for reform of California’s broken criminal justice system. In 2006, Arthur attended the Faces of Wrongful Conviction Conference in Los Angeles.

Arthur shared his story with audiences large and small throughout the state. He testified before the Legislature several times in support of bills that would prevent wrongful convictions. For two years, he worked with the ACLU-NC to pass Legislation that would improve eyewitness identification procedures, to prevent miscarriages of justice as occurred in his case, and to implement reforms to interrogations and the use of informants.

Read Arthur’s opinion piece in the LA Times describing his experience and why he worked so hard to pass these bills.

"Arthur was such a sweet kid and he wanted so much for something good to come out of all of his suffering, to be able to say he helped ensure that no one would go through what he went through," said Natasha Minsker, Death Penalty Policy Director for the ACLU-Northern California. "We will carry on his fight. But it saddens me deeply that Arthur will not be at our side and will not be there when we finally win."

"I am deeply saddened to learn of the recent passing of Arthur Carmona.  He was a vital voice in advocating for the wrongfully convicted.  His tireless struggle and efforts to ensure due process for persons within the criminal justice system left an indelible mark on the State of California and his advocacy for fairness will be greatly missed," stated Senator Mark Ridley-Thomas (D-Los Angeles).  "I offer my heartfelt condolences to his family and friends."

A memorial fund has been established to help pay for Arthur Carmona's burial expenses. Please send contributions to: