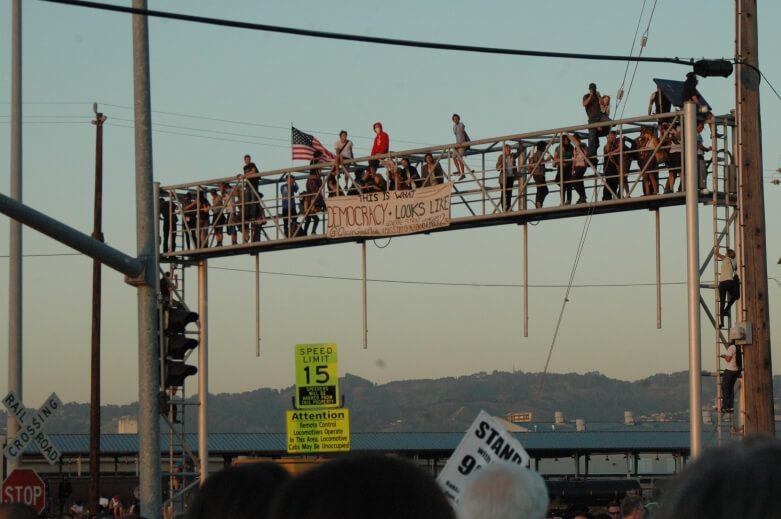 Just shy of the one-year anniversary of the inaugural Occupy Wall Street protests, the ACLU of Northern California and the San Francisco Bay Guardian obtained initial documents from the FBI about surveillance of Occupy demonstrations in the region.

The documents came after an ACLU-NC lawsuit filed after the FBI refused to release any documents in a Freedom of Information Act request. The documents are significant for two reasons:

The FBI has a troubling history of spying on political activists. We're concerned that in 2012, history is still repeating.

Documents from a FOIA request by the Partnership for Civil Justice have shed light on the involvement of various federal agencies, primarily the Department of Homeland Security and National Park Service. Suspicion has long run high that the FBI has been surveilling Occupy protests, but until now, we've seen no official confirmation of the agency's involvement.

But more troubling than what the FBI has revealed is what it's refused to reveal. We asked for FBI records about Occupy protests in Northern California, where several of the most high profile demonstrations have taken place, as well as intelligence bulletins, training materials, or justifications for investigating the Occupy movement anywhere in the country. The agency claims it only has a grand total of 37 pages on all of these topics, and is refusing to hand over more than half of those documents. One of the justifications for withholding the information, is that it supposed must be kept secret "in the interest of national defense or foreign policy."

We're at a loss to understand how information about the Occupy movement could implicate national security, and if it does, how the FBI can claim that it has only 37 pages of documents. We intend to push for additional information from the FBI on these issues. Stay tuned.