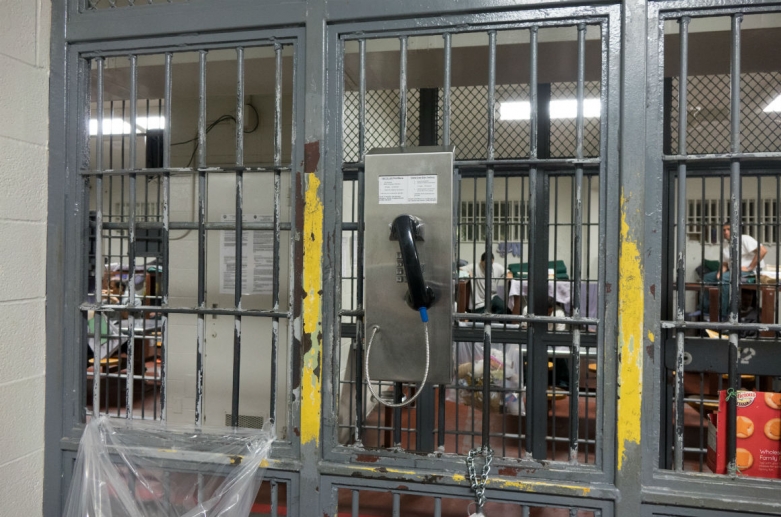 When he was 10 years old, Audley Lyon moved from Jamaica to the United States. He grew up here, fell in love, married a U.S. citizen, and served honorably in the U.S. Air Force. Then Immigration and Customs Enforcement locked him up. It should have been simple for Mr. Lyon to obtain the certifications he needed to begin to fight the deportation charges and return home to his family. He just needed a few government documents, all within reach with a little phone tag and a little patience.

But ICE placed such heavy restrictions on telephone use that Mr. Lyon found it virtually impossible to place a call — any call — that connected to the outside world. He was held in a California jail where ICE rented beds. Guards kept Mr. Lyon and other detainees in their cells 19 hours a day, severely limiting their ability to make calls during business hours. The phone system automatically disconnected whenever he tried to leave a voicemail or navigate an automated phone system and did not permit anyone to return calls or leave a message for him. Even when he was able to reach someone, the jail’s collect-call-only system required recipients to accept prohibitively expensive phone rates and fees that added up to $5.50 for a 10-minute call, automatically dropped calls after 15 minutes, and provided no private space for making a confidential call.

In the end, Mr. Lyon caught a lucky break because he managed to secure an in-person meeting with an immigration attorney from a nonprofit organization, and she agreed to represent him. He is now out of detention. But many others continue to face a grim choice between giving up and signing deportation papers, or asking the court to keep them in detention longer so they can keep trying to play a rigged, high-priced, high-stakes game of telephone tag.

The barriers to telephone access that Mr. Lyon faced are not unique. Across the country, ICE holds hundreds of thousands of immigrants each year in a mish-mash of approximately 250 county jails, private prisons, and federally-run facilities — often in remote locations, far from immigration attorneys. Like Mr. Lyon, every person isolated in detention must find an attorney (there is no public defender system for immigration court) and gather evidence to pursue legal relief from deportation. That’s a tall order when you can’t even leave voice mail for anyone.

ICE’s internal standards for its facilities’ operations prohibit many of the telephone limitations that Mr. Lyon faced, but ICE rarely enforces them. In fact, those assigned to oversee ICE’s Northern California facilities didn’t even know what the phone standards required, probably because ICE’s system-wide inspection checklists for monitoring compliance omitted key parts of the standards, like the requirement that facilities have a system for routinely taking and delivering phone messages to detainees. As the Government Accountability Office and organizations like the ACLU have documented, ICE has a pattern of letting its standards go unenforced, not only with phones but with medical care and suicide prevention.

This week, Mr. Lyon and ICE reached a settlement in a class action lawsuit filed on his behalf by the ACLU of Northern California, the ACLU National Prison Project, and the law firms Orrick Herrington & Sutcliffe and Van Der Hout, Brigagliano & Nightingale. Under the agreement, ICE will finally provide immigrants in Northern California detention facilities the basic telephone functionality we take for granted outside the fence. Detained immigrants like Mr. Lyon will be able to make calls during business hours, leave voicemail messages, and receive messages in return; make case-related calls to both attorneys and non-attorneys using free, private telephone rooms; and have access to international calling and other features necessary for their cases. Additionally, ICE will change its auditing forms so that the detention facilities across the country will be inspected for compliance with key telephone access standards.

If you’re locked in a jail cell under threat of being sent out of the country, a telephone may be your only hope of clearing your name and returning to your job and your family. Thanks to Mr. Lyon’s lawsuit, detained immigrants will finally be able to work on securing the documents and support they need, rather than grasping at a lifeline that is always just beyond their reach.