The Government is Spying on You: ACLU Releases New Evidence of Overly Broad Surveillance of Everyday Activities 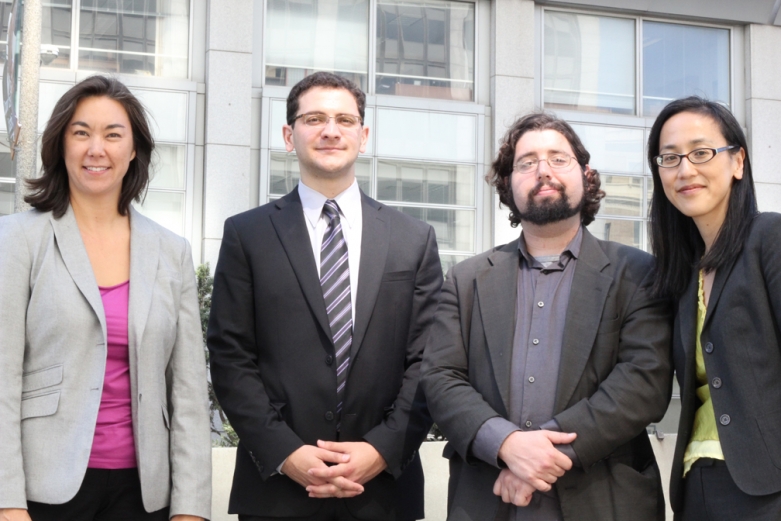 For years, we at the ACLU have been warning that the Nationwide Suspicious Activity Reporting Initiative – a vast information sharing program that encourages the collection and sharing of “suspicious activity” among private parties and local, state and federal law enforcement – would lead to violations of our privacy, racial and religious profiling, and interference with constitutionally-protected activities. Today, we’re proving ourselves right by unveiling actual Suspicious Activity Report summaries obtained from California fusion centers (post-9/11 intergovernmental surveillance hubs). We are also joined by 26 other organizations in calling on the Justice Department, FBI and two other agencies responsible for Suspicious Activity Reporting to adopt stricter standards so that individuals’ innocent activity will cease being reported, shared and maintained for decades in anti-terrorism databases.

Do these sound like suspicious activities reasonably indicative of a terrorist threat? Important leads our intelligence agencies should follow up on? We’re not the only ones who don’t think so. A Senate subcommittee reviewing a year of similar intelligence reporting from the state and local authorities identified “dozens of problematic or useless” reports “potentially violating civil liberties protections.” A report, co-authored by Los Angeles Police Department Deputy Chief Michael Downing, found that SARs have “flooded fusion centers, law enforcement, and other security entities with white noise.” Also, as the ACLU notes in a report released this week on post-9/11 FBI abuses, SARs generated from state and local police and public tips – many reflecting religious, racial, ethnic, and political bias – end up in federal counterterrorism databases. The documents from California confirm this.

So why are police submitting reports (sometimes received from community members, private security guards and via anonymous tips) about such innocuous conduct for inclusion in anti-terrorism databases? Because under the NSI and related programs,everyone – our neighbors, public employees, storekeepers – are encouraged to help. “If you see something, say something,” says the Department of Homeland Security. The “Functional Standard” for Suspicious Activity Reporting defines “suspicious activity” to include many activities that are not only lawful, but protected by the First Amendment. Even worse, the FBI encourages fusion centers not to limit themselves to the Functional Standard and instead to report “all potentially terrorism-related activity.” With such a broad and vague standard, no wonder we are seeing innocent activities reported as “suspicious,” especially when they involve community groups against whom we still see significant governmental bias.

The good news? The agencies that run NSI are working on revising the Functional Standard, so now is the time to call on those agencies, including the Department of Justice and the FBI, to adopt stricter standards for suspicious activity reporting. They should agree that one standard exists for Suspicious Activity Reporting, that reports must be supported by reasonable suspicion of criminal activity, and that constitutionally protected activities like photography and videography be eliminated from the list of inherently suspicious activities.The letter we are submitting today makes those demands. You can get more information and join the campaign to protect our privacy and constitutional rights and to demand smarter intelligence here.

If you believe you may be the subject of a Suspicious Activity Report, please contact us.

Julia Harumi Mass is a staff attorney with the ACLU of Northern California. Michael German, ACLU Senior Policy Council, contributed to this post.

The Government is Spying on You