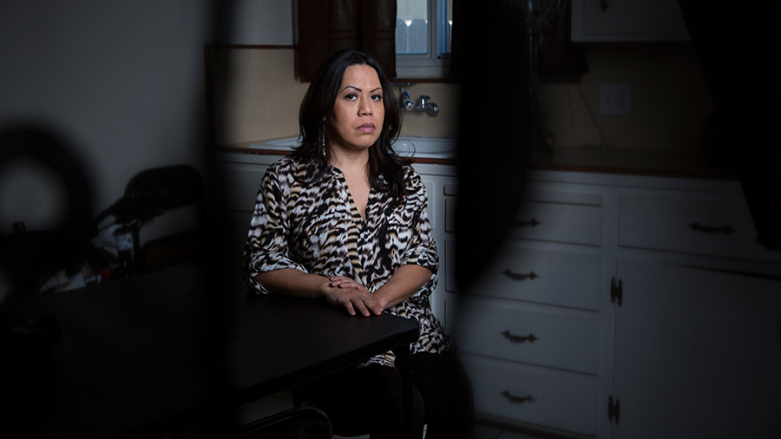 Nydia already had asylum in the United States when she was twice deported by border officers back to the danger she fled from. A transgender woman from Mexico, Nydia told officers she had status and had been raped and attacked in Mexico when she returned for her mother's funeral.

They deported her anyway, and she was kidnapped and raped again.

Each year, over 363, 279 – 83 percent – of deportations from the United States are ordered by immigration officers, not judges. Those deported in "summary removal" processes do not get a hearing or a chance to present evidence, or call a lawyer, or even say goodbye to their families before they are banished, sometimes for life. Our report released today, American Exile: Rapid Deportations That Bypass the Courtroom, shows the incredible costs to those we remove and to their families left behind when the rush to deport trumps due process.

Two weeks ago, President Obama announced a plan that has the potential to protect more than four million non-citizens leading rooted lives in the United States without legal recognition. By announcing his executive action, President Obama helped millions of deserving undocumented residents, but failed to reform treatment of people caught at our border. Our border is not a line but, as understood by the Department of Homeland Security, a 100-mile ring into the United States. And yet this space is treated completely differently, even for people with the exact same equities as those apprehended in the so-called "interior."

As we found in a year-long investigation and close to 200 interviews and case studies, many people arrested and deported in the border zone are not strangers at the gate: They include longtime residents and parents of U.S. citizens. Others are lawful residents or workers, deported during their daily commute when federal immigration law enforcement officers summarily extinguish their rights. And then there are children and families fleeing unfathomable violence and seeking protection in the United States. Deporting these individuals without a fair hearing and sometimes with catastrophic – if predictable – consequences violates our human rights obligations and defies who we want to be as a country.

Announcing his executive action program, President Obama said, "We didn't raise the Statue of Liberty with her back to the world; we did it with her light shining as a beacon to the world." But when asylum seekers reach our borders following that beacon, they and many others are deported quickly to danger, without a hearing, often after signing deportation forms they don't understand and in a language they don't speak.

In all of these situations, people are deported because immigration enforcement officers have incredible power and discretion that is used too often as a smokescreen to deny a person his or her rights. Immigration enforcement officers are not trained as lawyers; nor do they act as independent mediators. They are trained to arrest, detain, and deport – not to judge and authorize relief or to be fluent in some of the most complicated law in the United States.

But these deportation orders, which you'd think need more review and oversight, receive almost none – far less than a deportation order issued by a judge after evidence, testimony, and legal review. Getting illegal deportation orders reviewed and expunged is virtually impossible. And review can be too little, too late, when people are deported back into harm's way.

Individuals like Nydia who already have rights in the United States must rely on border officers to believe them, to listen and to care about their rights and claims. Some CBP officials do their jobs well, but a significant proportion is acting – intentionally or not – contrary to U.S. laws that protect American families and refugees. Giving people a real chance to defend their rights and to present claims in court would restore some integrity to our broken immigration system, putting justice—not expedience—first.

Sarah Mehta is a researcher with the ACLU's Human Rights Program.