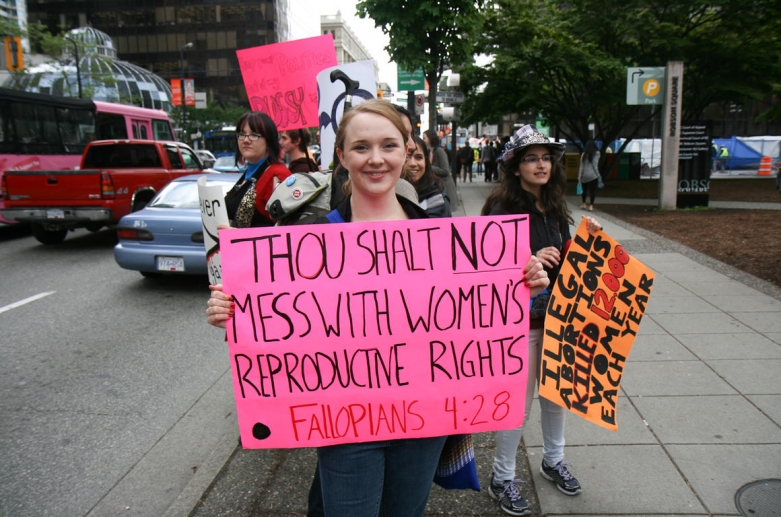 Year after year, Congress has turned a blind eye to a few obscure but malignant sentences tucked away in huge, must-pass bills. These provisions — the Hyde Amendment and its spawn — have harmed women by singling out and excluding abortion from a host of programs that fulfill our government’s obligation to provide health care to certain populations. As a result, millions of women are denied access to abortion care except in very limited circumstances.

Today leaders in Congress are saying, “No more.”

With the introduction today of the Equal Access to Abortion Coverage in Health Insurance (EACH) Woman Act, members of Congress declared not only that every woman who receives care or insurance through the federal government will have coverage for abortion services, but they also prohibited political interference with decisions by private health insurance companies to offer coverage for abortion care.

The inequity caused by the Hyde Amendment and its progeny is almost as old as the constitutional right to abortion itself and was opposed by the ACLU from the onset. In fact, when poor women’s access to abortion came under attack in 1976 with the adoption of the Hyde Amendment, which limited the use of certain federal funds to pay for abortions, the ACLU and others challenged the law on behalf of a pregnant Medicaid recipient and health care providers and blocked the law for nearly a year.

Unfortunately, the Supreme Court upheld the Hyde restriction, and the devastating and detrimental impact it has had on women’s exercise of a fundamental right ever since cannot be denied. As a result of these restrictions, women who rely on the government for their healthcare do not have access to a procedure readily available to women of means and women with private insurance. A woman who does not have independent financial resources must scramble to raise the necessary funds; delay receiving abortion care, which can increase the medical risks and costs; and is often left with no choice but to carry to term in circumstances where she is physically, emotionally, mentally, and financially unprepared to or incapable of caring for a child.

These coverage bans are wrong. They are discriminatory. They harm women’s health and exacerbate existing health disparities. They represent a shameful disregard for and coercive interference in the lives of women who are most in need. They need to go.

This is why the EACH Woman Act is such an important step. It reminds us that abortion care is basic health care. It ensures that every pregnant woman will be empowered to make the decision that is best for her and her family, without governmental interference — regardless of her income, her type of insurance, or her zip code. This bill is a declaration that, despite the rampant attacks on abortion access and the sneaky maneuvers to further entrench abortion bans, we remain unbowed and unbroken. The road ahead may be long and difficult, but we will never stop fighting to secure and expand women’s access to abortion because our cause is righteous and necessary.

Today we celebrate the EACH Woman Act and everything it represents: boldness, fairness, and justice.