Shifting Deadlines, Shifty Numbers: The Pentagon’s Messy Process for Removing the Ban on Women in Combat 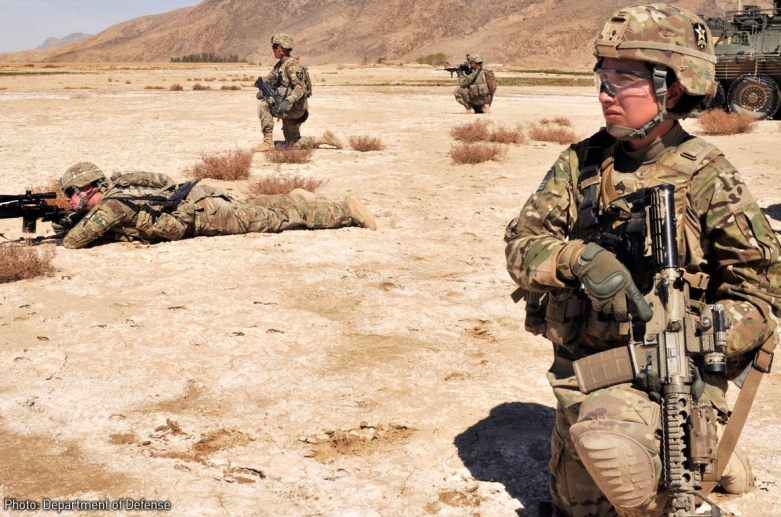 The Department of Defense admits it won't finish integrating women into combat positions by Jan. 1, 2016.

More than two years ago, Secretary of Defense Leon E. Panetta announced on live television that he was doing away with the Pentagon's outdated ban on assigning women to combat units and jobs.

The announcement followed the 2012 lawsuit that we brought against him on behalf of four women who served in the Afghanistan and Iraq wars. We and the Service Women's Action Network challenged the discriminatory policy, alleging that it kept women from even competing for about 238,000 positions across the military.

Panetta ordered the military branches to open all jobs to women or request and receive an "exception" for any jobs they wished to keep all-male. He told them that "integration of women into newly opened positions and units will occur as expeditiously as possible," and that it "must be completed no later than January 1, 2016."

As the military set about following these orders, it moved to dismiss our lawsuit. The federal district court in California, however, instead required the military to check in periodically on its efforts to remove the remaining barriers to women's service.

In other words, the brass ceiling is proving tough to crack.

Last week, the military provided some of that specific information — and what it said raises concerns about whether the military has ever been serious about integrating women into the combat jobs by January 2016. The new information demonstrates that progress has been slow, not "expeditious" as initially directed, and that the vast majority of closed jobs still exclude women from even applying.

Second, this new status report suggests that women are excluded from even more jobs than we thought. Back in 2012, before we sued, the Pentagon's major general in charge of personnel said that about 238,000 positions were closed to women "across the force, all services."

Disturbingly, the Pentagon now puts the number of positions for which women aren't allowed to compete at 240,000 — more than the 238,000 the Pentagon had originally stated. These 240,000 positions include 53 military specialties (i.e., career fields) that are entirely closed to women. The Pentagon now says the apparent increase in closed positions can be accounted for by the fact that the earlier numbers didn't include positions within the Reserves, but the fact remains that the military's numbers, like its self-imposed timeline, are all over the map.

Finally, the court mentioned that "the large bulk" of positions that women aren't allowed to do still haven't been opened, and the Pentagon has now confirmed that most positions won't be opened, if at all, until the end of the implementation process. In other words, the brass ceiling is proving tough to crack.

If the Pentagon will not even decide which positions it will let women enter until January 1, 2016, does this mean it is possible or even likely that "the large bulk" of the closed positions will not in fact be open to women to compete for and enter until long after that date? And if so, how long after?

These are the questions that we'll be seeking answers to when we go back to court today. The questions take on a special urgency when you consider that many of the women who fought valiantly in Afghanistan and Iraq don't have forever to wait for their fair shot at combat units and occupations.

The military appears to be dragging its feet, slow-rolling the process of eliminating its discriminatory barriers until the majority of women with actual combat experience — those who, like our clients, were injured on the battlefield or led women who accompanied foot soldiers on combat missions — have left the military. A shifty strategy indeed, and one that the government should abandon in favor of a fair shot for military women.

Ariela Migdal is a Senior Staff Attorney with the ACLU's Women's Rights Project.