Support for California’s Death Penalty is in Rapid Decline 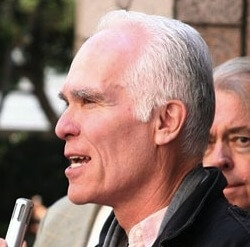 Support for the death penalty in California is at the lowest point in half a century. And not only that – a new Field poll shows that this level of support is falling rapidly.

In 2011, support for the death penalty was at 68%. Yet in just 3 years it has tumbled by 13% to a just a small majority. What’s even more striking is that support has fallen as much in the last 3 years as it has in the last 30. And when you consider that people generally favor alternatives to executions—such as life in prison without the possibility of parole, where inmates have to work and pay restitution to victims’ families—even those who might support the death penalty in principle are turning away from it in practice.

The tide is turning and today’s news offers more proof that Californians are quickly moving in the right direction on this issue. In fact, I am one of those very Californians.

As the former District Attorney of Los Angeles County, a county that sends more people to death row than the entire state of Texas, I know that the death penalty is deeply emotional, highly divisive, and very political. However, both sides of the death penalty debate can agree on one thing: California’s death penalty system is broken beyond repair.

In my 32 years with the Los Angeles County District Attorney’s office, including eight years as the county’s elected District Attorney, I prosecuted the most egregious murder cases to the fullest. I sent many people to death row, believing that I had served the people of Los Angeles—that I had sought justice.

Fast forward to present day—nearly 15 years later—I view the death penalty in a different light. I know that the death penalty is a costly charade that doesn’t make us any safer or deter crime. What’s more, it will always carry with it one fatal risk: executing an innocent person.

The writing is on the wall: the death penalty is quickly losing support among Californians and it is high time we replace it. We can’t go on with a system that is riddled with insurmountable practical and legal problems and fails to deliver on the promise of swift justice.

The only workable solution is to replace it with life in prison without the possibility of parole. That’s justice that works for everyone.