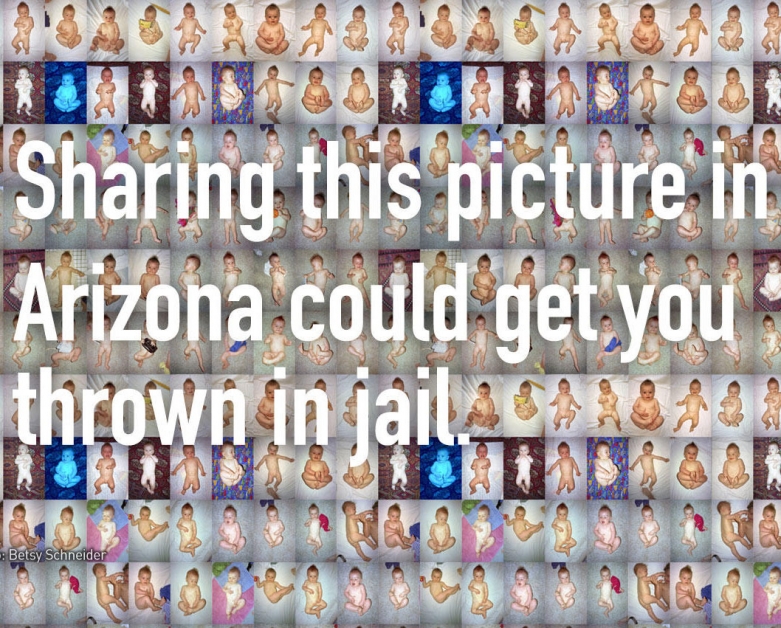 With a federal court’s approval, we successfully settled our lawsuit over the state law that made our clients — booksellers, photographers, publishers, and librarians — risk a felony record for publishing images fully protected by the First Amendment. The plaintiffs in the case can now do their important work delivering newsworthy, artistic, and historical speech for us to enjoy — without risking years in the clink.

In drafting new laws — particularly new nonviolent crimes that regulate speech, threaten prison time, and can ruin a life — the details matter hugely. This law was extremely broad. It made you a felon if you shared an image of someone grabbing his fully covered crotch and mugging at the camera — even if he initially put it online for all to see. (Michael Jackson must be rolling over in his grave.)

And while this bill was sold as combatting “revenge porn,” it wasn’t limited to that awful conduct. For starters, the law didn’t require that the offender actually intend to enact “revenge” — in fact, the law had no intent requirement at all. Nor did the bill require that a person who posted an image know it was private, just that they “should have known” they lacked consent. (Pro tip: You always lack consent if you haven’t asked for it or been told.) Even the most well-intentioned laws can easily run afoul of the First Amendment if they aren’t carefully crafted with the Constitution in mind.

And of course, when revenge pornographers violate existing criminal laws — for example, against stalking, threatening, or extortion — we need to enforce them. And we know, unfortunately, that crimes with female victims are underinvestigated and undercharged. That’s a tragedy, and one the ACLU advocates to change. And it also means we should think very carefully before expanding that system with a new, nonviolent felony for engaging in speech.

The bottom line? You can be a feminist and a free speecher too. We can protect women without enacting laws that overstep the Constitution. At the ACLU, we know that a strong First Amendment is not only compatible with equality but essential to its pursuit.

Lee Rowland is a Staff Attorney with the ACLU's Speech, Privacy & Technology Project.