The Bill, Commonly Known as the ‘Sanctuary State’ Bill, Will Limit State and Local Police’s Role in Deportations 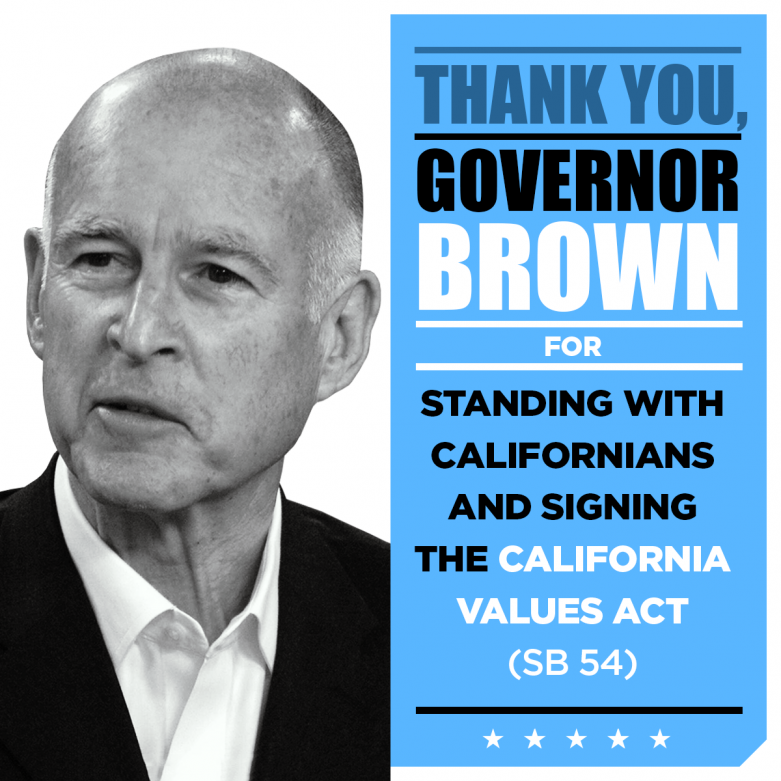 SACRAMENTO - Today, Governor Brown signed SB 54, the California Values Act, a bill introduced by Senate President pro Tempore Kevin De León (D-Los Angeles) to protect the rights of immigrants living in the state. In response, Jennie Pasquarella, Immigrants’ Rights Director with the ACLU of California, had this to say:

Today, Governor Brown acknowledged the voice and views of Californians across the state who worked day and night to ensure President Trump did not conscript California’s state and local police into his national deportation force. With the stroke of a pen, the governor made good on his promise to ‘defend everybody - every man, woman and child - who has come here for a better life and has contributed to the well-being of our state.’

With the California Values Act, California not only stands with millions of immigrants who call our great state home – today, California stands on the right side of history.

The California Values Act (SB 54) will: