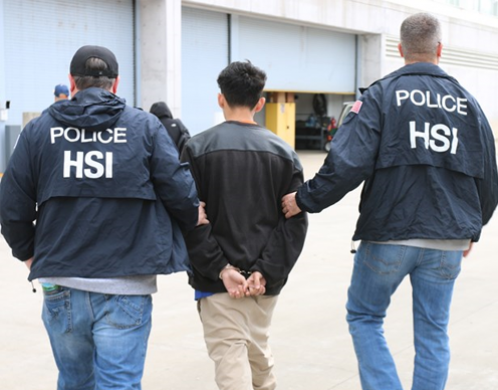 The suit charges ORR with accepting ICE’s unsubstantiated gang allegations and placing children in severely restrictive conditions, even though the government had previously released the youth to the custody of their parents.  Plaintiffs were transported to distant detention facilities without notice to their parents or lawyers and were not afforded a chance to challenge the charges against them. The clients are represented by the ACLU of Northern California, ACLU Immigrants’ Rights Project, and Cooley LLP.

“The government rightly reunited these kids with their families years ago,” said William S. Freeman, Senior Staff Attorney for the ACLU of Northern California. “They have dreams and legal claims to remain in the United States, but they’ve been swept up by an administration that prioritizes deportations over truth and justice.”

The lawsuit charges that federal authorities – under the guise of a “crackdown” on transnational street gangs – are embarking on a concerted effort to detain and deport children based on unreliable claims of gang affiliation and flawed reports of criminal history.

“We’re talking about teens that were picked up for play-fighting with a friend, or for showing pride in their home country of El Salvador. The Office of Refugee Resettlement is accepting wholesale that young immigrants should be kept behind bars because of what they look like or where they come from,” said Steven Kang, Detention Attorney for the ACLU Immigrants’ Rights Project.

“The police and immigration are arresting kids because they think they look like gang members, but youth are the future of this country and they have a lot to offer,” said J.G.,* a seventeen-year-old plaintiff. “Don’t judge people by their appearance.”

Another juvenile plaintiff, F.E.,* reports being frequently stopped by Suffolk County Police (SCPD) starting in the spring of 2017. His request to meet with the police department to introduce himself and address the harassment was rebuffed. On June 9, this teenage boy was walking home from a soccer game and “play-fighting” with a friend when SCPD officers arrested him for disorderly conduct. He was released five days later, and then rearrested two days later by local police officers who told F.E. he was being arrested to be turned over to immigration authorities for deportation. He has been held in ORR detention ever since due to ICE’s unsupported allegations of “gang affiliation.”

The SCPD — which has acknowledged that it uses ICE to detain teens the SCPD doesn’t have the evidence to arrest — was investigated by the Department of Justice in 2009 for discriminatory policing against Latino community members. Due to this investigation and its findings, the SCPD is currently a party to an agreement that requires the department to implement “significant changes in how it engages the Latino community.”  The named juvenile plaintiffs, all of whom are Latino, report being watched, targeted, and profiled by local law enforcement.

ORR is legally required to ensure that a child who immigrated to the U.S. alone is placed under the care of a family member or sponsor in the U.S. or, alternately, in the least restrictive setting possible.  The suit alleges that ICE and ORR are violating this requirement by re-arresting children who have already been processed and released to sponsors by ORR, and then placing them in prison-like facilities.

“This case centers on the denial of fundamental protections that are at the core of our legal system, and that apply to everyone, regardless of immigration status” said Martin Schenker, a partner at Cooley LLP. “Children are being denied access to their family and legal counsel and incarcerated in remote locations based on unreliable and unsubstantiated allegations, which amounts to a wholly unacceptable breach of their statutory and constitutional rights.”

The class action lawsuit was filed in the U.S. District Court of Northern California. The plaintiffs seek to be returned to their parents’ custody, and request a declaration that the government has violated their rights under the U.S. Constitution, federal immigration law, and a 1995 consent decree that sets national standards for the treatment of immigrant children. The lawsuit also seeks an injunction to block the government from arresting and detaining immigrant children without cause.

Today’s complaint amends a complaint that was originally filed on June 22 on behalf of one juvenile plaintiff from Suffolk County and his mother.

*Plaintiffs are identified by initials.