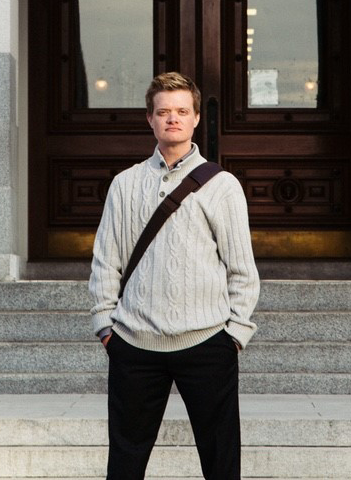 Filed on behalf of Evan Minton, the suit argues that withholding medical care because of a patient’s gender identity is sex discrimination in violation of California’s Unruh Civil Rights Act.

Minton, 35, is a transgender man who was scheduled to receive a hysterectomy in September at Mercy San Juan Medical Center, a hospital in the Dignity Health chain. Two days prior to the appointment, a nurse called to discuss the surgery and Minton mentioned that he is transgender. The next day, the hospital canceled the procedure.

“The refusal of Dignity Health to allow a doctor to perform this common procedure simply because the patient is transgender is discriminatory,” said Elizabeth Gill, a senior staff attorney at the ACLU of Northern California. “This is a hospital that is open to the general public so it’s illegal for them to turn away someone based on gender identity.”

Dignity Health regularly allows hysterectomies for patients who are not transgender.

“I routinely perform hysterectomies at Mercy San Juan,” said Dr. Lindsey Dawson, Minton’s doctor. “This is the first time the hospital has prevented me from doing this surgery. It’s very clear to me that the surgery was canceled because Evan is transgender.”

The delay caused a disruption to Minton’s life and put all of the other treatments he had scheduled in flux until he was eventually able to schedule the surgery at another hospital.

“I was forced to put my life on hold because of Dignity’s discrimination,” Minton said. “It was so emotionally stressful. The longer my treatments are postponed, the worse I feel about myself.”

Dignity Health is the 5th largest healthcare system in the country and the largest hospital provider in California, with 29 hospitals across the state.