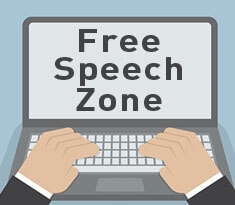 San Francisco – The Ninth Circuit Court of Appeals ruled today that Proposition 35, a 2012 California ballot initiative that would have restricted the rights of registered sex offenders to communicate on the Internet, is likely unconstitutional. The opinion affirms an earlier district court ruling in Doe v. Harris, a lawsuit filed by the American Civil Liberties Union of Northern California and the Electronic Frontier Foundation (EFF) in 2012.

Proposition 35, also known as the Californians Against Sexual Exploitation Act (CASE Act), requires anyone who is a registered sex offender—even people with decades-old, low-level offenses whose offenses were not related to the Internet—to turn over a list of all their Internet user names and online service providers to law enforcement. Under the law, more than 73,000 Californians would have been forced to provide this information to the government, and report any new account or screen name within 24 hours of setting it up, even if the new screen name is their own real name. Violations would have potentially resulted in years in prison.

"The Ninth Circuit has agreed that the onerous online speech restrictions required by Prop. 35 violate the First Amendment," said Linda Lye, senior staff attorney at the ACLU of Northern California. "The portions of Prop. 35 that unconstitutionally limit what people say online won't help us end human trafficking. Anonymity is key to protecting speech by unpopular or controversial groups and allowing robust political debate."

The ACLU of Northern California and EFF filed a lawsuit the day after the law was passed in 2012, challenging these reporting requirements as a burden on the First Amendment right to free and anonymous speech. A lower court agreed with the groups in January 2013 and issued a preliminary injunction, halting enforcement of the law. Today, the Ninth Circuit upheld that lower court ruling.

“[T]he CASE Act directly and exclusively burdens speech, and a substantial amount of that speech is clearly protected under the First Amendment,” Ninth Circuit Judge Jay Bybee wrote in the opinion.

The court noted that the law was overly broad, affecting speech unrelated to sexual offenses, such as “blogging about political topics and posting comments to online news articles. ” This creates the “inevitable effect of burdening sex offenders’ ability to engage in anonymous online speech,” Bybee wrote. The court also found that there was no evidence that throwing out this part of Proposition 35 would hamper the state’s ability to investigate online sex offenses.

“We’re pleased the court recognized important First Amendment principles of free and anonymous speech apply to everyone, regardless of what crimes they may have committed in the past,” EFF Staff Attorney Hanni Fakhoury said. “While the law may be well-intentioned, its broad language opened the door for the government to chill free speech. Restrictions targeting sex offenders are often a stepping stone for the expansion of law enforcement power against other classes of unpopular people.”

The court’s ruling means the preliminary injunction prohibiting enforcement of the reporting requirements of the CASE Act remains in effect.