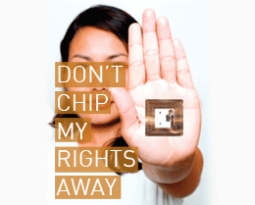 The Enhanced Driver’s License (EDL) is an identification document that the Department of Homeland Security (DHS) has been encouraging states to distribute. The California legislature is voting on SB 249 (Hueso) – a bill that would allow California to begin distributing these EDL documents.

The ACLU of California and numerous other organizations across the political spectrum have significant privacy and safety concerns with the EDL because it contains unencrypted computer chips called Radio Frequency Identification (RFID) tags. SB 249 fails to ensure that EDLs used in California have the basic privacy and security safeguards included in U.S. passports and modern smartchip credit cards.

DHS has admitted that your unencrypted personal information stored on these new licenses could be read from a distance of up to 30 feet. A security researcher built a reader with $250 in spare parts and showed just how easy it is to read and copy these documents, without you ever knowing, and use it to track or stalk a person or steal personal information.

These unencrypted RFID tags were already widely recognized to be insecure when first announced by DHS almost a decade ago. And with all that we now know about sophisticated cyberattacks, identity fraud, and widespread government surveillance, it would be a mistake for California to move forward with this insecure and obsolete technology.

We’ve stopped insecure EDLs in their tracks for many years out here in California because they just aren’t safe. With your support, we can do it again.