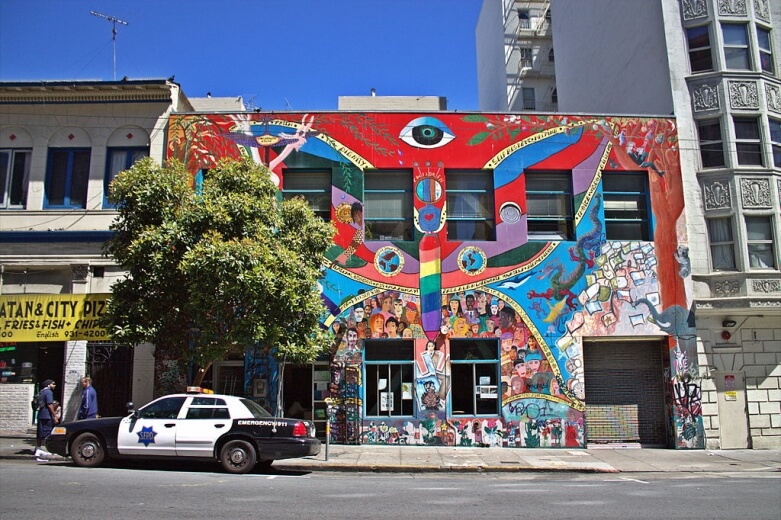 What are gang injunctions?

A gang injunction is a court order that prohibits alleged gang members and their "associates" from doing certain things—usually including association with one another, loitering, and other activities, many of which are already crimes—within a defined area or neighborhood. Injunctions against alleged criminal street gangs started in California in the 1980s as an attempt to curtail the harmful activities of gangs in the specific areas they claim as "turf." Since then, the gangs that have been targeted by injunctions are invariably black and Latino, in low-income neighborhoods, raising serious concerns that injunctions are another form of racial profiling.

What is happening in San Francisco's Mission District and the Western Addition?

On June 21, the City Attorney filed two separate lawsuits, one against the Norteños in the Mission and the other against the Chopper City, Eddy Rock and Knock Out Posse gangs in the Western Addition. The City is alleging that each is a gang causing a public nuisance that should be addressed through imposing restrictions on gang members. If the City wins at trial, the judge will order an injunction that imposes restrictions against named gang members within certain specific areas, called "Safety Zones." Those restrictions will include no loitering, no association with other gang members, no flashing gang signs and no trespassing, among other things.

On July 12, there is a hearing in Superior Court to set a hearing date, when the City will ask the Court for a preliminary injunction. If the judge is convinced that the City has made its case, the preliminary injunction will impose the restrictions temporarily until there is time to have a full trial, which could impose the injunction permanently. A press conference has been called by community members from both neighborhoods for 10 a.m. on Thursday, July 12, before the 11 am hearing in front of the courthouse.

The papers the City has filed with the Court—along with maps of the City's proposed safety zones—are av City Attorney's website.

How does a City get a gang injunction?

A City obtains a gang injunction by filing a complaint in court against an alleged criminal street gang as a group or alleged suspected gang members as individuals. The complaint is supported by facts gathered about the particular gang or suspected gang members by either a county District Attorney or City Attorney. For example, in Bayview/Hunter's Point, City Attorney Dennis Herrera named the "Oakdale Mob" gang as the defendant and claimed that they are causing a public nuisance in an area near Oakdale and Baldwin Court.

To persuade a court to grant a gang injunction, the government must prove certain facts by "clear and convincing evidence." The prosecutor must show: 1) that the group is or the individuals named belong to a "criminal street gang," 2) that the gang is causing a public nuisance through its activities, and 3) that the terms of the injunction are narrowly tailored to address that nuisance.

If the City convinces the court of the need for a gang injunction, the court will issue an order that places restrictions on the gang, its members and associates. Some of these individuals may be named in the order, but it will usually also cover unnamed gang members. Typically, the prosecutor will first seek a preliminary injunction that prohibits activity until the court holds a trial to determine whether to prohibit the activity permanently.

Usually, the permanent injunction will last indefinitely and impose restrictions against those served with the order. Once an individual has been served with a gang injunction it is not easy to be released from the restrictions imposed, even if the individual ceases to be a gang member and has no further contact with the criminal justice system. In other words, while being served with a gang injunction is like being on probation or parole, one difference is that there is no definite termination date. A person can remain under a gang injunction for the rest of their lives. This means that in some cases, men in their early twenties who were involved with gangs, would still be under the injunction twenty years later even though they no longer have any contact with the gang life. Some jurisdictions have begun designing opt-out procedures that provide an exit strategy from a gang injunction. Those affected by a gang injunction should ask if there is an opt-out procedure and, if there is not, advocate that one be created.

Because prosecutors often give very limited notice of the filing of a gang injunction case, or because it is not clear who is on law enforcement's gang list, often no one shows up in court to defend against the government's claims or present another side of the story. Then, once the injunction has been issued, the government typically gets to serve the order against anyone they claim is a gang member. These tactics have been the subject of recent court challenges. In the Oakdale Mob case, San Francisco Superior Court Judge Busch restrained the government's power by limiting the injunction to the 22 named individuals about whom the City Attorney presented evidence to the Court. Recently, a California Court of Appeals voided the Broderick Boys injunction in West Sacramento because the notice given to those affected by the order was not legally adequate.

What is wrong with gang injunctions?

There are several problems with gang injunctions. First, they are not the most effective way to deal with gang violence, because they don't address the problem at its root. Second, research shows that they are more motivated by politics than solving community problems. Third, gang injunctions give the police too much discretion to harass and target young men of color, even those who aren't gang members. Fourth, they impose permanent probation-like restrictions on many people who never had a day in court, without providing a clear way out. Some injunctions include restrictive curfews that lack necessary exceptions for people to conduct their work and family lives. Finally, the terms of many gang injunctions infringe the rights of individuals to associate freely, and unnecessarily restrict participation in family events and other positive and legal activities without risk of arrest. There are better solutions to crime in our communities, such as community policing and positive opportunities like job and education programs.

If I don't want a gang injunction in my community, is there anything I can do?

Get involved in the political process. Help educate and organize your neighbors. Make it known to government officials that you do not support gang injunctions as a solution. Offer alternative strategies for addressing the real problem of gang violence and other unlawful activity.

If I already have a gang injunction in my community, is there anything I can do?

Is there an alternative to gang injunctions?

Money spent on flashy strategies such as gang injunctions and video surveillance take money away from much more effective programs. While injunctions and surveillance cameras have generally been shown to be ineffective in decreasing crime, limited public safety dollars spent in these areas come at the expense of proven programs such as improved lighting, community policing, job and education programs, and other initiatives. Safety is obviously an important neighborhood goal but there are more effective measures that government can invest in to keep our communities safe. 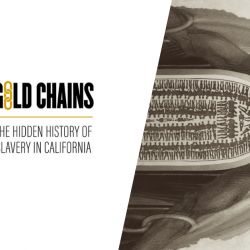