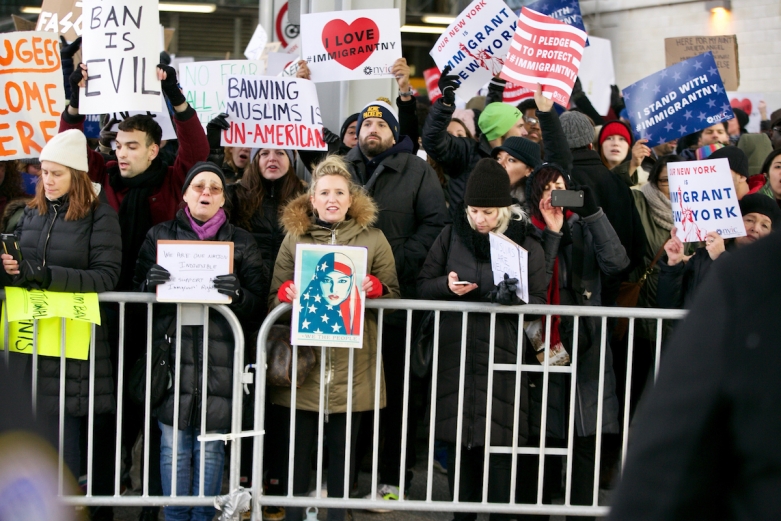 In January 2017, Trump issued the Muslim Travel Ban, an unconstitutional executive order which sent countless lives into disarray. What followed was mass protests and resistance - in the streets and in the courts. The ACLU has fought Trump’s Muslim Ban every step of the way.

Over a year later, the Muslim Ban is still in effect and impacts more than 150 million people. We cannot be silent as this racism turned policy tears families apart and uproots lives. We continue to demand: No Muslim Ban Ever.

Check out this interactive timeline of the legal activity and social resistance that has defined the Muslim Ban:

If companies believe that Black Lives Matter, the least they can do is refuse to perpetuate and profit off our racist criminal justice system. ﻿