The Truth About Life Without Parole: Condemned to Die in Prison 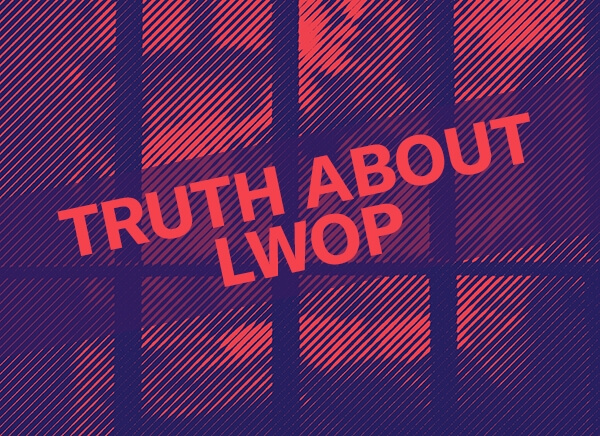 Death in prison is a certain sentence: Prisoners are not released early

No one sentenced to life without parole has ever been released on parole, in California or in any other state. Prisoners sentenced to LWOP actually remain in prison for the rest of their lives and die in prison.

All sentences, including the death penalty, are equally subject to clemency from the governor. However, no Democratic or Republican governor has ever granted clemency to a prisoner serving an LWOP sentence in California, and no such prisoner has ever been released on parole.

The last time a governor used his power of executive clemency in a murder case was more than 30 years ago, when Ronald Reagan commuted the death sentence of a mentally ill inmate to a life sentence.

Because death is different and mistakes cannot be corrected, a death sentence results in years of mandatory appeals that often result in reversal.  In a sample of 350 death sentences, 118, or nearly one-third, were reversed in part or in whole.  Further, nearly 60 percent of the cases in this sample were still in various stages of appeals as of 2002. For each of the last three executions in California, more than 25 years had been spent in appeals before the executions finally occurred. The current average for appeals is 17 years—and getting longer every day.

Unlike death penalty cases, however, LWOP sentences receive no special consideration on appeal, which limits the possibility they will be reduced or reversed. A person sentenced to die in prison receives only one automatic appeal, not several, and is not provided any court-appointed attorneys after this appeal is complete, usually within two years of the initial sentence.

California has the largest death row in the country with more than 660 prisoners. But more than four times as many prisoners have died of other causes while awaiting execution than have actually been executed.  In contrast, when prisoners are sentenced to prison until death, they begin serving their sentence immediately. LWOP allows victims’ survivors to move on, rather than keeping them trapped in decades of court hearings and waiting for an execution to occur.

For these reason, the survivors of murder victims often feel that the death penalty system only prolongs their pain and does not provide the resolution they need, while the finality of LWOP sentences allows them to move on, knowing justice is being served.

Death in prison is a severe sentence

Spending even a small amount of time in California’s overcrowded, dangerous prisons is not pleasant. Spending thirty years there, growing sick and old, and dying there, is a horrible experience. This is especially true given the unconstitutional failure to provide adequate health care to California’s prisoners.

Prisoners condemned to die in prison are not given any special treatment and, in fact, have less access to programs than other prisoners. They are housed in high security facilities with few privileges, far away from any relatives, and in crowded group cells. Ironically, people on death row are provided much more comfortable single cells and sometimes gain celebrity and attention just by being there.

Death in prison is a sentence that saves money

The death penalty is significantly more expensive than condemning a person to die in prison.  Simply housing prisoners on death row costs California tax payers an additional $90,000 per prisoner per year, above what it would cost to house them with the general prison population, which adds up to $59 million a year. The price tag for California’s new death row is $336 million. All of those costs would be avoided if the people on death row were sentenced to die in prison and moved to the general population.

Viewed another way, we spent $250 million to carry out the sentences of the 11 prisoners executed between 1977 and 2002, money that could have been spent on other public safety programs, if those prisoners had been sentenced to die in prison instead of executed.

More than 200 innocent men and women have been freed from prison in California after it was discovered that they were wrongfully convicted; three of them were sentenced to die for crimes they did not commit.  Simply put, the possibility of the state executing an innocent man or woman is reason enough to question the necessity of the death penalty when there is an alternative.

The death penalty costs more, delivers less, and puts innocent lives at risk. Life without parole provides swift, severe, and certain punishment. It provides justice to survivors of murder victims and allows more resources to be invested into solving other murders and preventing violence. Sentencing people to die in prison is the sensible alternative for public safety and murder victims’ families.

Commission's Report on California's Death Penalty Points to Excessive Costs, Including the Costs of Fixing the System's Flaws

Families of Murder Victims Speak Out Against the Death Penalty