41 Years after Roe v. Wade: When Do We View Women as Fully Human? 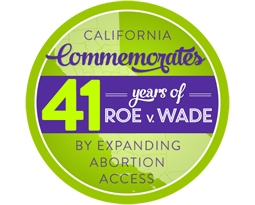 If there is a common theme running through the hundreds of bills restricting access to abortion passed throughout the country, it’s that women cannot be trusted to decide whether to have a baby. Mandatory waiting periods, biased counselling, forced sonograms, even bans on abortion procedures are justified as necessary to protect women from making uninformed decisions they will later regret. In San Francisco, banners proclaim that legal abortion hurts women. But human beings are not hurt by having choices; human beings are hurt by not having choices. We know that. We just need to acknowledge that women are fully human.

A recent study conducted by UCSF adds to an overwhelming body of empirical evidence that women do not need the government’s help to decide whether to end a pregnancy. Researchers found that 99% of women considering abortion went ahead with it after viewing a sonogram image of the fetus. Decades of empirical studies show that women do not regret the decision to end a pregnancy nor suffer emotional distress following abortion.

California, happily, recognizes that women are fully capable of making moral decisions about pregnancy. The Reproductive Privacy Act declares as the state’s public policy that every woman is entitled to decide whether to continue or end a pregnancy. This month, a new California law (AB 154) took effect, which expands the clinicians authorized to perform first trimester abortions to include advanced practice nurses and physician assistants. This will permit women to obtain early abortions from provider they know and trust in their own communities.

When AB 154 was before the Legislature, a political cartoon opposing its passage contrasted Roe v. Wade’s language that abortion is a private decision “between a woman and her doctor” with the California bill’s supposedly radical notion of allowing women to choose abortion without consulting a doctor. But here’s the point: while women need qualified health professionals to implement their pregnancy decision, they do not necessarily need medical personnel to help them decide whether to have a baby. Women may of course want to talk to a doctor. But the government should not mandate that consultation. Women are fully capable of choosing the people they need and want to consult about pregnancy. They may confide in a partner, a close friend, a minister, a relative, or the trusted clinician who provides her primary care.

It’s ironic that people who denounce Roe v. Wade should quote to support restrictions on abortion access. Roe understandably emphasized the importance of a licensed doctor to providing safe medical abortion in striking down criminal abortion laws that had inflicted a bloodbath on desperate women before 1973. But abortion technology and health care delivery have come of age in the past 40 years, and trained clinicians may now provide safe early abortions as part of the comprehensive care women need.

As we celebrate the 41st anniversary of Roe v. Wade, the single most important decision for women’s autonomy, we should wish that society’s image of women as intelligent, ethical human beings would also come of age. Why, when women are trusted to run corporations, perform brain surgery, serve on the Supreme Court—achievements made possible by Roe v. Wade—do politicians think that a woman is incapable of making a decision about her pregnancy that’s right for herself and her family?