Academic Freedom and the Right to Remain Anonymous Online 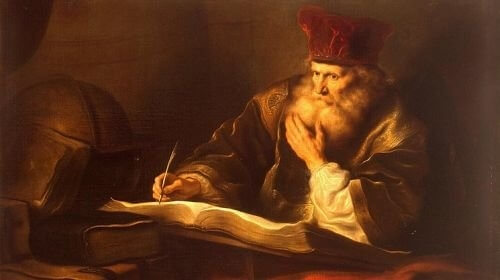 We are the founders of PubPeer.com, an online forum for scientific discussion of research scholarship. We and many of the users of our website are anonymous. That anonymity is important for free speech, for academic freedom, and for scientific inquiry. But it’s being threatened, which is why we’re going to court to defend the First Amendment right to anonymity.

Have you ever questioned the claims that scientists make? For example, last year’s discovery of the so-called “God particle,” or the back-and-forth over whether caffeine is good or bad for you? Even if you haven’t, other scientists have. Analysis and criticism of the work of others is an integral part of research. The “papers” that scientists publish all undergo formal “peer review” before they are published, with the aim of ensuring high standards.

The problem is that today’s peer review is a broken process. Too often, errors slip through, and they can go uncorrected for years. Even if they are eventually exposed, that’s often long after other researchers or clinical trials have relied upon them.

This not only wastes taxpayers’ money (consider the fact that the National Institute of Health gave out $30 billion in research funding last year), but it rots the very foundation of scientific research, which builds on existing work. If today’s basic cancer research turns out to be mistaken, what does that mean for those enrolled in tomorrow’s clinical trial? This is not a hypothetical problem.

A job for PubPeer’s anonymous users

This is where PubPeer fits in. We created PubPeer in our spare time two years ago to improve peer review by using the power of the internet to accelerate the exchange of ideas and scientific progress. Now, thanks to PubPeer, scientists can instantly comment directly on the work of their peers. The results have been dramatic. Already, PubPeer commenters have been in the thick of some of the biggest scientific stories, notably in analyzing a controversial paper about stem cells, which was eventuallywithdrawn by its authors.

PubPeer works because we allow anonymous comments. Without that anonymity, most scientists would fear professional retribution if they criticized their peers’—or perhaps their future employers’—work. But with that anonymity, our users have generated a steady stream of comments highlighting problems in basic scientific research on any number of topics: cancer, stem cells, diabetes, and more.

Registered users must be authors on a scientific publication. We screen unregistered comments to keep things factual, scientific, and civil. Comments must be based on publicly verifiable information, which ensures that what matters is the substance of our users’ comments, and not their identities. We don’t force our users to identify themselves, and that turns out to be the secret ingredient that allows our site to make a unique contribution to peer review.

The threat to PubPeer (and science)

Unfortunately, the anonymity that makes PubPeer work is under threat. A prominent cancer scientist, unhappy with the attention his research papers have received on PubPeer, is suing some of our anonymous commenters for defamation. And he is trying to use a subpoena to force PubPeer to turn over whatever identifying information we have for them.

With the American Civil Liberties Union and our longtime attorney Nick Jollymore, we are fighting this attempt to chill scientific discussion, because we believe those comments are scientifically valid opinions that raise questions of real public interest. If you want to make up your own mind, you can read the legal brief we filed challenging the subpoena, along with an expert opinion from Dr. John Krueger, a scientist who spent twenty years in the federal government investigating claims of research improprieties.

We believe that scientific questions should be resolved through scientific discussion, not through court proceedings. Imagine if a lawsuit were filed every time one economist criticized the work of another economist! The threat of liability would stifle legitimate academic discourse. For that very reason, we have always encouraged researchers to respond to our commenters with logic and data, not defamation suits.

Fighting for the right to remain anonymous

Fortunately, the First Amendment is on our side. It protects the right to anonymous speech. The right isn’t absolute, but it protects those who choose to remain anonymous when engaging in lawful speech. Some of our nation’s founders—James Madison and Alexander Hamilton—wrote their most influential papers behind the shield of anonymity. Why? So they wouldn’t face political persecution at the hands of the British, and so their ideas could be evaluated on their merit rather than on the identity of the speaker. The same principle is at work in our case. It’s about academic freedom.

PubPeer is maintained by research scientists with the help of a computer scientist who all share a strong belief that raising scientific standards requires robust post-publication review protected by the right to anonymity.