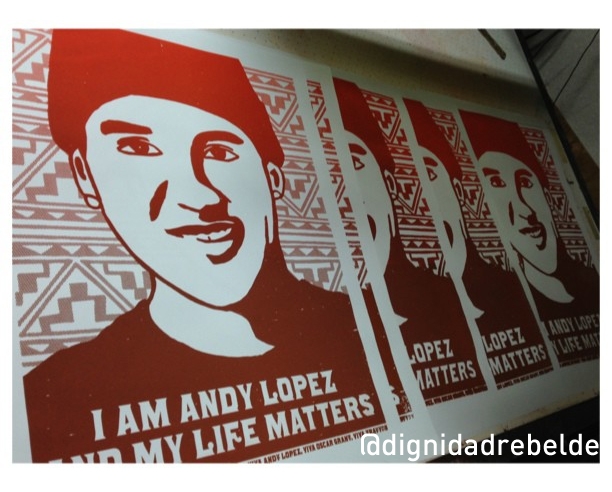 The ACLU of Northern California is saddened and troubled by the tragic shooting of 13-year-old Andy Lopez by a Sonoma County Sheriff’s Office deputy.

The grief and outrage expressed by the community over this incident highlights the distrust that many in Sonoma County, particularly communities of color, have of the sheriff’s office. The shooting revives concerns of excessive use of force similar to those that prompted the U.S. Civil Rights Commission’s investigation of county law enforcement agencies in the late-1990s. It also revives concerns of racial profiling similar to those that led the ACLU and Committee for Immigrant Rights of Sonoma County to file a lawsuit against the county in 2008 charging unlawful detentions and racial profiling of Latinos related to the sheriff’s participation in immigration patrols.

The shooting, public outcry and history of the sheriff’s relationship with the Latino community underscore the need for meaningful policies, procedures and oversight mechanisms to prevent racial profiling and other biased policing practices. California law prohibits racial profiling by law enforcement officers and internal policy and county oversight needs to ensure that fair and impartial policing is a priority. Sonoma County officials must also take seriously ongoing calls from the community, as well as the past recommendation of the U.S. Civil Rights Commission, that a formal oversight body comprised of members of the public be established.

It is imperative that there be a robust and transparent review of this incident, including the public release of any and all findings resulting from the investigation of the district attorney and any other law enforcement agency into this shooting. There must also be an equally robust and transparent review of the sheriff’s policies, procedures and practices concerning racially-biased policing and use of force, among other things. Meaningful review and open and transparent dialogue concerning the policies and practices of the sheriff, are necessary in order to ensure that a tragedy like this does not happen again and to begin to build a true public safety partnership between the sheriff’s office and the communities it is sworn to serve and protect.