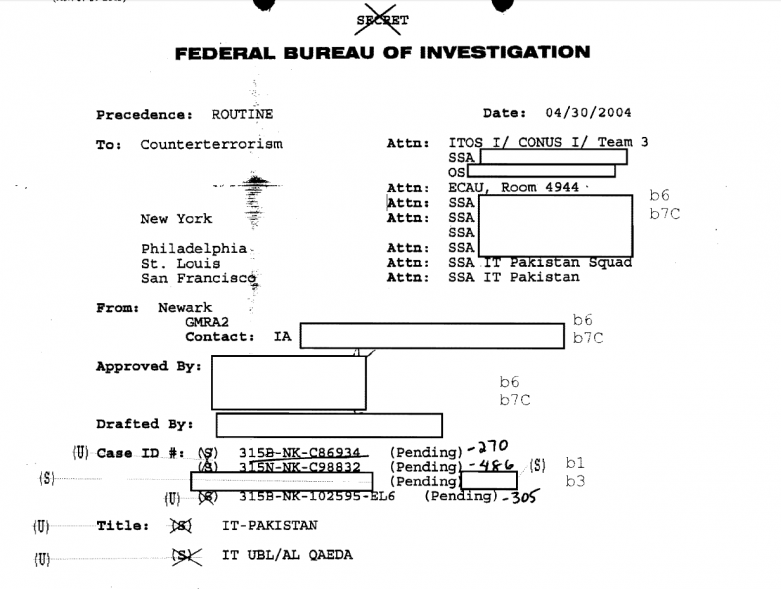 Remember Antiwar.com, the online news magazine that discovered it had been targeted by the FBI? The ACLU of Northern California filed a freedom of the press lawsuit to obtain full FBI records on Antiwar.com and its founding editors, Eric Garris and Justin Raimondo.

The ACLU got involved because freedom of the press is a cornerstone of our democracy. Government surveillance of news organizations interferes with democracy and journalists’ ability to report the news.

We received the first disclosure of documents in response to our lawsuit, and they confirm our suspicions that the FBI targeted and spied on Antiwar.com, Garris and Raimondo based on their First Amendment protected activity and kept records about that activity in violation of federal law.  They also illustrate some very sloppy work on the part of the FBI and how following up on a bogus lead generates a cycle of wasted intelligence resources and targeting of innocent Americans.

(The FBI disclosed 47 pages of documents, but is still withholding over 100 additional pages it collected on these journalists. One key memo was produced with information disclosed that had previously been redacted—prior deletions are highlighted in this copy of the documents for ease of reference.)

This is what the documents we did get reveal:

One of the factors that prompted the FBI to investigate the editors of the online magazine was that Justin Raimondo writes under this pseudonym. The content of a writer’s published opinions and whether they write under a pseduonym should never be used to characterize someone as a potential threat to national security, or justify an FBI investigation. The First Amendment protects anonymous speech too. News articles and the comments of the public should not be included in FBI intelligence files unless they’re necessary to a real criminal investigation.

The second flawed factor that prompted the FBI investivgation is that “many individuals worldwide…including individuals who are currently under investigation” view the website. Presumably people around the world, “including individuals who are currently under [FBI] investigation” view all kinds of websites and news sources. Being part of a successful media outlet should not make a journalist suspicious and should not be the basis for government surveillance.

The rest of the good and bad news from this disclosure?  Well, the good news is that the San Francisco Field Office of the FBI declined the suggestion to open a preliminary investigation. The bad news is that two FBI offices later wrote memos citing the original flawed and improper threat assessment, showing both a waste of intelligence resources and how bad intelligence keeps producing more bad intelligence, leading to more and more records in an FBI file about innocent people engaged in constitutionally protected activities. As if to demonstrate how long this information can sit around haunting an innocent person, the FBI file also included a 1972 memo about Eric Garris’s constitutionally protected participation in an anti-Vietnam war protest.

The improper investigations mean that Garris and Raimondo continue to be flagged in FBI memos. This downward spiral is based on the improper and incorrect conclusions the FBI made in the initial investigation. This is enough for us to ask the court to expunge these records from our clients’ files, which we will do.

We also plan to keep pushing for the 137 pages from the FBI’s files on Garris, Raimondo and Antiwar.com that the FBI withheld from disclosure.  It’s troubling to know that the FBI kept so many more records on these folks and imagine what they might say.  Stay tuned to find out.

Julia Harumi Mass is a Staff Attorney at the ACLU of Northern California.