The ACLU Responds to the Potential Nominations of Sen. Sessions for Attorney General and Rep. Pompeo for CIA Director 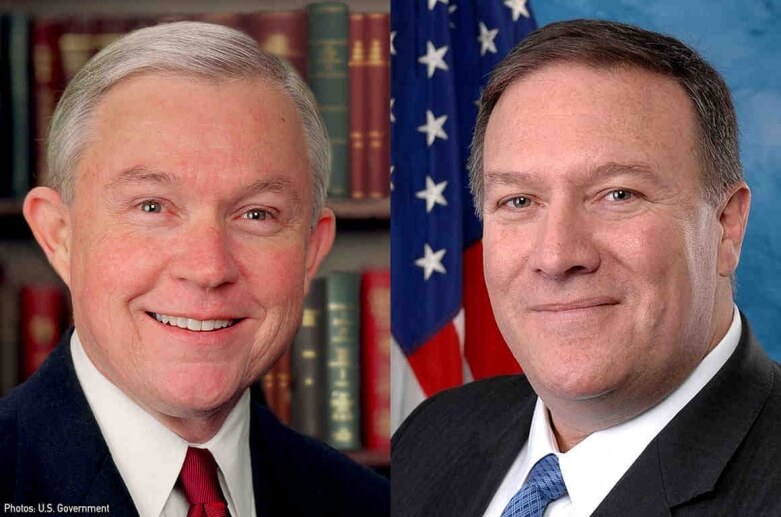 President-elect Donald Trump today has reportedly offered Sen. Jeff Sessions of Alabama the position of attorney general and Rep. Mike Pompeo of Kansas the position of  director of the Central Intelligence Agency. As a matter of organizational policy, the American Civil Liberties Union does not take a position supporting or opposing presidential or judicial nominations. We do, however, educate the American people and the Congress about nominees’ records and past positions.

Sen. Sessions has called the ACLU un-American and communist, assertions we flatly reject. His positions on LGBT rights, capital punishment, abortion rights, and presidential authority in times of war have been contested by the ACLU and other civil rights organizations. As the nation’s highest-ranking law enforcement official, the attorney general is charged with protecting the rights of all Americans, yet Sessions has a reported history of making racist comments. In his confirmation hearings, senators, the media, and the American public should closely examine his stances on these key issues to ensure we can have confidence in his ability to uphold the Constitution and our laws on behalf of all Americans.

Congressman Pompeo’s positions on bulk surveillance and Guantanamo Bay also raise serious civil liberties concerns about privacy and due process. These positions and others merit serious public scrutiny through a confirmation process. His positions on mass surveillance have been rejected by federal courts and have been the subject of several lawsuits filed by the ACLU, including ACLU v. Clapper.

From now until the confirmation hearings, the ACLU will continue to scrutinize the civil liberties and rights records of Trump nominees, including Sen. Sessions and Rep. Pompeo if they choose to accept the president-elect’s nomination.

Anthony D. Romero is the executive director of the American Civil Liberties Union.