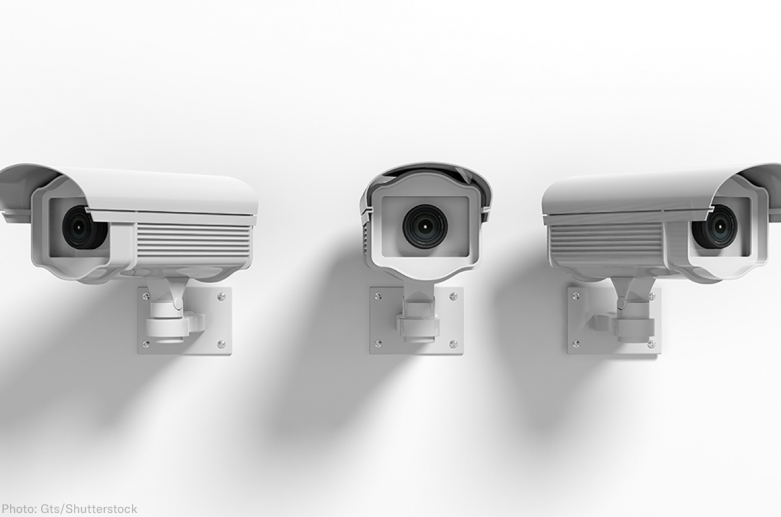 Amazon, which got its start selling books and still bills itself as “Earth’s most customer-centric company,” has officially entered the surveillance business.

The company has developed a powerful and dangerous new facial recognition system and is actively helping governments deploy it. Amazon calls the service “Rekognition.”

Marketing materials and documents obtained by ACLU affiliates in three states reveal a product that can be readily used to violate civil liberties and civil rights. Powered by artificial intelligence, Rekognition can identify, track, and analyze people in real time and recognize up to 100 people in a single image. It can quickly scan information it collects against databases featuring tens of millions of faces, according to Amazon.

Amazon is marketing Rekognition for government surveillance. According to its marketing materials, it views deployment by law enforcement agencies as a “common use case” for this technology. Among other features, the company’s materials describe “person tracking” as an “easy and accurate” way to investigate and monitor people. Amazon says Rekognition can be used to identify “people of interest,” raising the possibility that those labeled suspicious by governments — such as undocumented immigrants or Black activists — will be seen as fair game for Rekognition surveillance. It also says Rekognition can monitor “all faces in group photos, crowded events, and public places such as airports,” at a time when Americans are joining public protests at unprecedented levels.

Amazon not only markets Rekognition as a law enforcement service, it is helping governments deploy it. Amazon lists the city of Orlando, Florida, and the Washington County Sheriff’s Office in Oregon among its customers. Upon learning this, the ACLU Foundations of California coordinated with the ACLU of Oregon and the ACLU of Florida on public records requests to learn more.

The documents we obtained indicate that the Washington County sheriff and the city of Orlando became Rekognition customers in 2017. Washington County has since built a database of at least 300,000 mugshot photos to use in coordination with Rekognition. It also built a mobile app for its deputies to quickly scan for a match against the county’s database by submitting images obtained from surveillance or other sources.

Amazon is providing company resources to help government agencies deploy Rekognition. In emails between Amazon and Washington County employees, the company offers the expertise of the Rekognition product team, troubleshoots problems encountered by the county, and provides “best practices” advice on how to deploy the service. In what Orlando’s police chief praises as a “first-of-its-kind public-private partnership,” Amazon promised free consulting services to build a Rekognition “proof of concept” for the city. Rekognition face surveillance is now operating across Orlando in real-time, according to Amazon, allowing the company to search for “people of interest” as footage rolls in from “cameras all over the city.”

In the records, Amazon also solicits feedback and ideas for “potential enhancements” to Rekognition’s capabilities for governments. Washington County even signed a non-disclosure agreement created by Amazon to get “insight into the Rekognition roadmap” and provide additional feedback about the product. The county later cited this NDA to justify withholding documents in response to the ACLU’s public records request.

The documents also revealed that Amazon offered to connect Washington County with other Amazon government customers interested in Rekognition — as well as a body camera manufacturer. Indeed, Amazon’s promotional materials previously recommended that law enforcement use Rekognition to identify people in police body camera footage. The company removed mention of police body cameras from its site after the ACLU raised concerns in discussions Amazon. That appears to be the extent of its response to our concerns. This and other profoundly troubling surveillance practices are still permissible under the company’s policies.

With Rekognition, a government can now build a system to automate the identification and tracking of anyone. If police body cameras, for example, were outfitted with facial recognition, devices intended for officer transparency and accountability would further transform into surveillance machines aimed at the public. With this technology, police would be able to determine who attends protests. ICE could seek to continuously monitor immigrants as they embark on new lives. Cities might routinely track their own residents, whether they have reason to suspect criminal activity or not. As with other surveillance technologies, these systems are certain to be disproportionately aimed at minority communities.

Because of Rekognition’s capacity for abuse, we asked Washington County and Orlando for any records showing that their communities had been provided an opportunity to discuss the service before its acquisition. We also asked them about rules governing how the powerful surveillance system could be used and ensuring rights would be protected. Neither locality identified such records. In fact, Washington County began using Rekognition even as employees raised questions internally. In one email, a Washington County employee expressed the concern that the “ACLU might consider this the government getting in bed with big data.” That employee’s prediction was correct.

People should be free to walk down the street without being watched by the government. By automating mass surveillance, facial recognition systems like Rekognition threaten this freedom, posing a particular threat to communities already unjustly targeted in the current political climate. Once powerful surveillance systems like these are built and deployed, the harm will be extremely difficult to undo.

If Rekognition is not reined in, its use is also certain to spread. The records we obtained show that law enforcement agencies in California and Arizona have contacted Washington County asking about Rekognition. So have multiple “fusion centers,” which collect information about people for dissemination across agencies at the local and federal level.

Amazon has publicly opposed secretive government surveillance. Its CEO, Jeff Bezos, has himself criticized Trump administration’s discriminatory Muslim ban. But actions speak louder than words, and Amazon’s efforts to deploy this technology run counter to its proclaimed values and risk harm to the company’s customers and their communities.

Learn more: Read the press release on this story here.