Bail Reform: Not a Question of If, But When for California 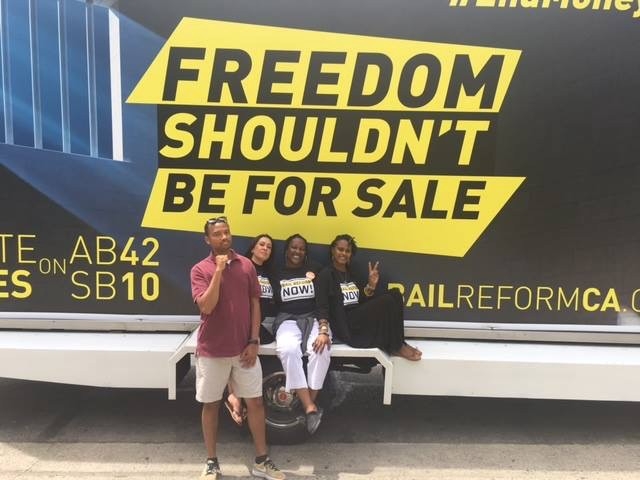 Bail reform is gaining steam, and we couldn’t be happier. Across the country, counties and states are tackling problems with their money bail systems. Even Congress — dysfunctional as it can be — is taking a look at the issue. And, here in California, bail reform has become a top priority for state policymakers.

It is a huge development that Governor Brown and Chief Justice Cantil-Sakauye are both on board with Senator Hertzberg and Assemblymember Bonta’s goals of making sure our state’s bail system truly promotes public safety and court appearance rates — and stops locking up thousands of Californians who simply can’t afford to buy their freedom.

Every day in California, money bail breaks up families and tears at the very fabric of a core American value: that we are all presumed “innocent until proven guilty.” Instead, our money bail system has created a two-tiered system of justice: one for the rich and one for the poor. As the name suggests, money bail currently revolves around one thing: money. Never mind that money bail is supposed to do two things: make sure people return to court, and promote public safety. Right now how much money you have in your bank account basically determines whether you’ll be released while your case is pending. It makes absolutely no sense that our justice system places more weight on someone’s wealth than their flight or safety risk. It’s not fair and it’s not smart.

But make no mistake, bail reform is imminent in California. The governor and chief justice promised to work with Senator Hertzberg and Assemblymember Bonta this fall to iron out the details of reform.

Still, we must continue to fight because we know opponents of reform will, too.

The commercial insurance industry, which profits off of injustice, is fighting tooth and nail to keep the current broken system in place. Every year, multinational insurance corporations make $2 billion off of the backs of low income people and people of color who go into debt to fight their case outside of jail walls.

Here’s how it works: when someone is arrested, they theoretically have a few options: 1) pay a court the full bail amount to be released while they fight their case, which they get back once their case is resolved; 2) stay in jail while their case moves forward if they can’t afford bail; 3) plead guilty to a crime they may not have committed; or 4) pay a for-profit bail company 10% of their bail to be released while their case is pending. As opposed to people who have the means to pay their full bail amount, if someone goes with option 4, they never get a single penny of their money back.

With the median bail amount in California at $50,000, you can imagine how lucrative the current system is for the bail industry and how much they want to keep bail reform at bay. Some have even hired Sacramento lobbyists for the first time in order to defeat bail reform legislation.

While these multinational corporations have high-powered lobbyists and a lot of money behind them, we have something they don’t. We have the power of the people behind us.

At the end of the day, bail reform is no longer a matter of if, but when for California and we look forward to working with ACLU supporters and our partners to get us there.

Monica Montgomery is a Criminal Justice Advocate with the ACLU of San Diego & Imperial Counties.