By:
Brenda Griffin
and
Peter Gelblum 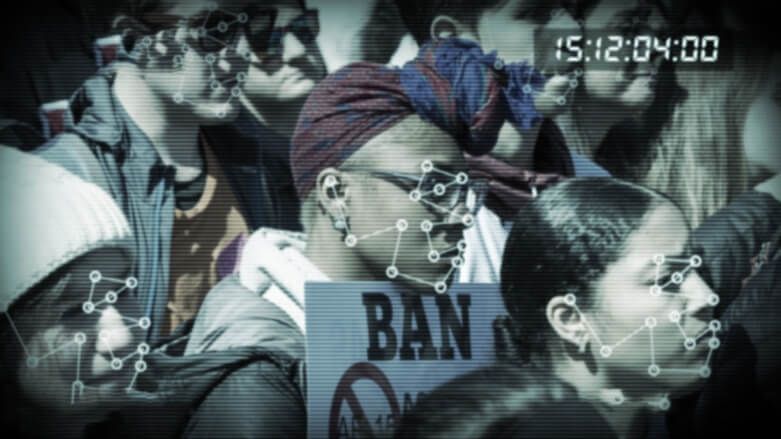 The killings of George Floyd, Breonna Taylor, and so many other Black people at the hands of the police have sparked a long overdue reckoning over how our country approaches policing, and by extension, surveillance. As protests continue across the country, every community, including Santa Cruz, has a responsibility to listen to the calls for reform.

Right now, our city has an opportunity to take immediate, decisive action by banning two of the most dangerous surveillance technologies out there: facial recognition and predictive policing. Both of these technologies facilitate the exact type of intrusive and racially discriminatory policing that people are protesting against.

Facial recognition would give the police unprecedented reach into our private lives during a time of extraordinary activism. Even if used with the best of intentions, facial recognition would usher in a world where we couldn’t go to the doctor’s office, a place of worship, or a protest without knowing that our face, movements, and even expressions were being tracked and captured by the government.

Such invasive, intimidating surveillance poses a direct threat to our constitutional rights, including the right to peacefully protest. How would you feel about going to a rally if you knew the government could identify every person in the crowd, and then track them as they go from the march to their home? This isn’t a hypothetical – during the protests of the killing of Freddie Gray in Baltimore, police reportedly ran the faces of protesters through facial recognition and then arrested people.

Facial recognition is also less accurate for people of color. A recent comprehensive government study conducted by the National Institute of Science and Technology found that African American and Asian people were up to 100 times more likely to be misidentified than white men, depending on the algorithm used.  Given the epidemic of police violence against Black people, any misidentification could prove deadly. Even prominent developers of facial recognition technology, including Amazon, IBM, and Microsoft have realized its danger and recently announced they won’t sell to police for the foreseeable future. But many companies remain willing to profit from the surveillance of our communities.

By banning facial recognition, Santa Cruz would join the ranks of its Northern California neighbors, including San Francisco, Berkeley, and Oakland, all of whom recognized that there are no acceptable half measures for this dangerous technology. If we leave the door open to facial recognition, we are planting the seeds for a future where we are all less safe, and less free.

Likewise, “predictive policing” is deeply flawed software that promises to alert police to likely crime spots, but in reality often replicates racially discriminatory policing patterns and misdirects resources by relying on biased data. Our city’s leaders, including Police Chief Mills, agree that it should be banned. If passed, Santa Cruz would be the first city in the country to formally ban this technology.

Both of these bans, originally introduced by Mayor Cummings as part of a wider surveillance law, have widespread support – from the community, from a host of racial justice and civil rights organizations, and from the City Council’s own Public Safety Committee.

Banning these technologies is an important first step toward passing wider surveillance accountability legislation, among other needed police reforms. We have the chance to protect the people of Santa Cruz by taking two dangerous technologies off the table for government use. Now is the time for action – we urge all Santa Cruz residents to reach out to our City Council members in support of the bans.

Brenda Griffin is the President of the NAACP Santa Cruz County Branch and a Board Member of the Santa Cruz Chapter of the ACLU of Northern California.

Peter Gelblum is the Chair of the Santa Cruz Chapter of the ACLU of Northern California.