Black Athletes Are Not Objects for Our Entertainment but People from Families and Communities Impacted By Acts of Injustice. I Support Them. 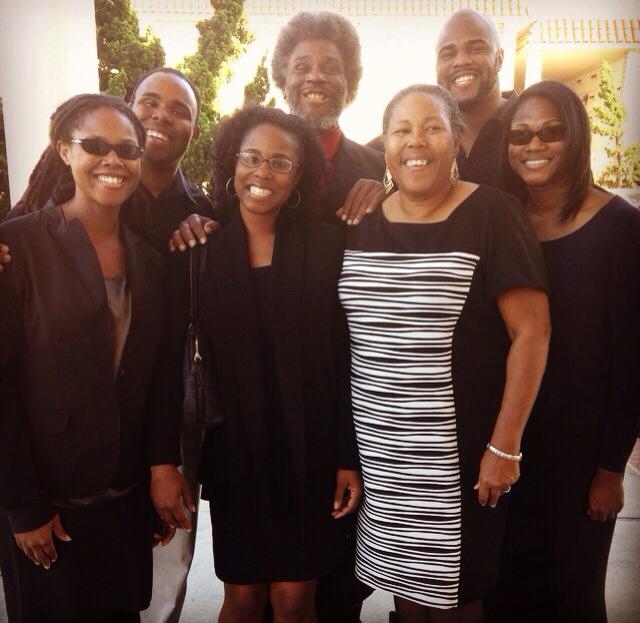 On Friday night at a rally in Alabama, home of the Confederate’s first capital, Donald Trump said, “Wouldn’t you love to see one of these NFL owners, when somebody disrespects our flag, to say, ‘Get that son of a bitch off the field right now. Out. He’s fired. He’s fired!”

Trump’s remarks clearly targeted the mostly Black NFL players who have sat, knelt, and raised a fist as the national anthem plays before the game. These peaceful acts of protest originated with Colin Kaepernick in order to convey solidarity with Black people who are oppressed in this country and who are disproportionately victims of police killings.

Trump hasn’t limited his verbal attacks to players. The week before his Friday night remarks ESPN journalist Jemele Hill tweeted, “Donald Trump is a white supremacist who has largely surrounded himself w/ other white supremacists.” Twitter attacks against Hill escalated to a more prominent venue when White House Press Secretary Sarah Huckabee Sanders, speaking in her role as spokesperson for the President, said that Hill’s tweet “is a fireable offense by ESPN.” Trump seemingly endorsed this attack when he tweeted, “ESPN is paying a really big price for its politics (and bad programing). People are dumping it in RECORD numbers. Apologize for untruth!”

As a Black person who has been a football fan since I began watching my brother, Kenyon, play in high school, college, and for 12 years in the NFL, I have been encouraged by Kaepernick and other players using their platform to advocate for equal rights and dignity for Black people. These Black NFL players continue the tradition of great athletes like Muhammad Ali, Tommie Smith, John Carlos, and Jackie Robinson. Recognizing that Black athletes are not objects for our entertainment but people from families and communities who are impacted by acts of injustice, I disagree with those who would cry foul whenever they use their voices to speak out against anti-Black racism.

And as a civil rights and civil liberties attorney, I am especially outraged by Trump’s verbal attack of these NFL players as it runs counter to the spirit of the law. The First Amendment to the Constitution protects free speech, both literal and symbolic, from government suppression. The government may not restrict speech because it disagrees with the speaker’s message. Such government regulation of private speech triggers the highest judicial scrutiny and is likely to be declared unlawful by a court. More specifically, the U.S. Supreme Court has already established that symbolic acts denigrating the flag are protected by the First Amendment.

And a First Amendment harm accrues not only when the government punishes a person after engaging in protected speech but also if the government’s threat to punish protected speech would deter or chill a person from engaging in that speech. In the latter case the chilling effect must be objectively reasonable. One can easily imagine NFL players who will hesitate if not altogether cease these acts of protests when considering the potential influence of Trump’s statements on team owners. In this light, it is deeply troubling that the President continues to use his position to stoke the flames of racism.

While for some the jury may still be out on whether Trump is a white supremacist, there is the mounting evidence to support the claim. That is why it is increasingly important that persons of conscience seize every opportunity to exercise their free speech rights by peacefully disrupting attempts to normalize anti-Black racism.

Novella Coleman is a staff attorney at the American Civil Liberties Union of Northern California.