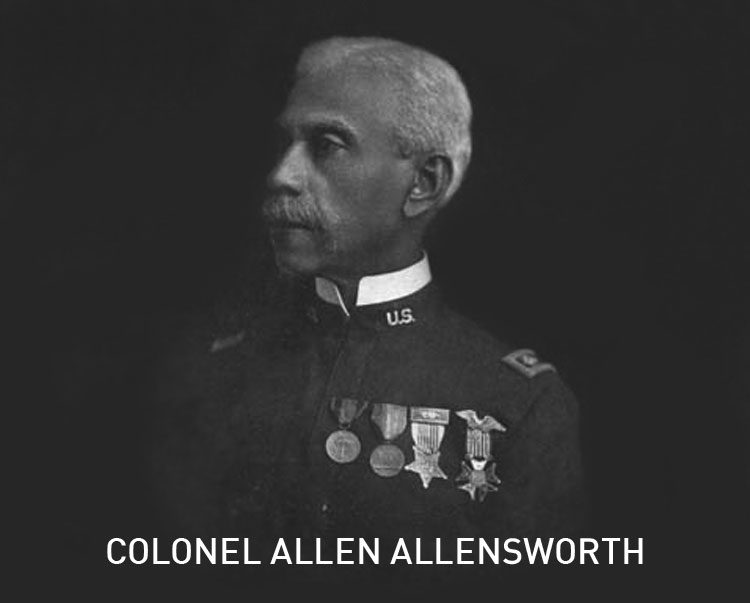 In the heart of the Central Valley, there is a dream that refused to die. In 1908, Colonel Allen Allensworth had a vision for an 800-acre plot of land in the Central Valley: to build a thriving Black community rooted in cultivating the dignity of the human spirit while creating a haven from discrimination.

Allensworth, as the town is known, became a symbol of hope as the only place in California built, financed, and governed by Black people. In fact, it was the first Black colony west of the Mississippi. A school, businesses, and a library soon replaced the tumbleweeds, and the land was quickly transformed into a bustling town. However, a series of unfortunate circumstances, including the unforeseen death of Colonel Allensworth and water shortages, led to the rapid decline of the town.

In 1976, the town was transformed into a 240-acre state park to commemorate the legacy of a dream, now known as the Colonel Allensworth State Historical Park. But the legacy of the dream far extends the boundaries of the state park—it extends to the entire Central Valley. The agriculturally rich strip of land is home to some of the most impoverished, disadvantaged yet culturally thriving communities in California. Recognizing the richness but great need in Central Valley, the ACLU of Northern California is committed to serving the legal and advocacy needs of the communities in the area alongside the many other community-based organizations already entrenched there.

Allensworth stood then and stands now as a symbol that everyone deserves to live in a good home and in a community free from discrimination. In 2012, when widespread predatory lending targeted Black neighborhoods throughout the United States, the ACLU stepped in to sue one of the leading investment banks, Adkins v. Morgan Stanley. Subprime loans were five times more likely in Black neighborhoods than in white neighborhoods. By saturating Black neighborhoods with high-risk loans, the dreams of many were crushed under the weight of huge profits. But there are some dreams that can never die and Allensworth is a reminder of that.

We must all have the same vision to limit the parameters of prejudice that Colonel Allensworth had for the small town. We must also dream and never let those dreams die. And perhaps the best reminder of that is a poem by the great poet, Langston Hughes:

Hold fast to dreams,
For if dreams die
Life is a broken-winged bird,
That cannot fly.

Hold fast to dreams
For when dreams go
Life is a barren field
Frozen with snow.

Angélica Salceda is a staff attorney with the ACLU of Northern California. She grew up in a small town in the Central Valley. At the time this post was published, Angélica was leading a project to improve educational opportunities for pregnant and parenting students in the region as an Equal Justice Works Fellow sponsored by Fenwick & West.