California is Finally Getting Serious about Police Reform 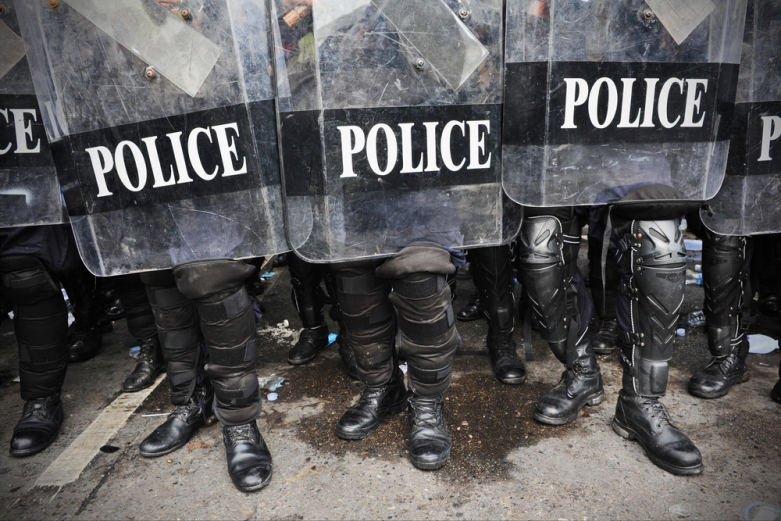 On a daily basis, Americans now see people of color unjustifiably killed by law enforcement. Particularly disheartening is that many of these homicides border on the edge of horrific.

Police officers partially severed Freddie Gray’s spine while he was handcuffed and in custody. Walter Scott was shot in his back and head five times.  He was running for safety.  And, as Eric Garner repeatedly pled for air, officers strangled him until his body laid listless.

Whether it be Maryland, South Carolina, New York, or our home state, these “lapses” of justice have become all too familiar. Indeed, it seems as if our system of public safety produces fixed results which dictate that black and brown males must die, regardless of what they do.

While it is quite difficult to discern betterment in such tragedy, if it exists, it may be that a proverbial “gut check” has been delivered to our nation. Americans, across the ideological spectrum, are no longer casting a blind-eye toward racially biased policing.  Many have instead been forced to deeply wrestle with the rules in place, and the unsettling degree to which they reveal that lives of color are less-valued, despite immense progress since our nation’s founding.

In our State Capitol, legislators, the ACLU, and our partners are responding to this moment by advocating for a broad range of measures that, collectively, could put California on a path toward socially just police reform.

Racial profiling & excessive use of force

In communities of color, racial profiling and police brutality are far from uncommon. As in the cases noted above, there are numerous are examples of these lived experiences. However, to move from anecdotal accounts towards a systemic, evidenced-based understanding of profiling and use of force, we need access to basic information on daily police-community interactions.

Together, AB 953 & AB 619, both introduced by Assemblymember Shirley Weber (D-San Diego), would fill this void. Specifically, AB 953 would update California’s legal definition of profiling, create a uniform system for collecting and reporting data on stops, searches and seizures, modernize law enforcement training, and establish an advisory board that provides recommendations on how to curb profiling.

AB 619 would expand existing state and local law enforcement reporting requirements beyond deaths-in-custody to include serious uses of force that fall short of death. In addition, AB 619 would ensure that the California Department of Justice routinely analyzes and makes public use of force information that it receives from law enforcement agencies.

Senator Holly Mitchell (D-Los Angeles) and Assemblymember Kevin McCarty (D-Sacramento) have introduced bills that respond to a significant lack of public trust concerning how officer-involved shootings are prosecuted. Under SB 227, Senator Mitchell would prohibit the use of a criminal grand jury to determine whether an officer should be indicted for using deadly force.  In doing so, it would address concerns about the exoneration of police officers by secret grand juries, which reach decisions that are often viewed as unfair and illogical.

AB 86, introduced by Assemblymember McCarty, would require that fatal officer-involved shootings be handled by an independent prosecutor, who would be appointment by California’s Attorney General. Through this approach, AB 86 addresses the appearance of impropriety that stems from the close working relationship held between law enforcement and district attorneys.

Every year, close to a thousand Americans are killed during routine encounters with police.  Many of these deaths occur due to inadequate law enforcement training.

SB 11 and SB 29, both introduced by Senator Jim Beall (D-San Jose), seek to ensure that officers are sufficiently prepared to manage interactions with people suffering from mental health problems. Among other things, SB 11 would add 20 hours of classroom evidenced-based behavioral health training for officers in the Academy, as well as 4 hours of continuing education training on how to work with the people suffering from mental illness. SB 29 mandates 40 hours of evidence-based training for Field Officer Trainers, and 20 hours of field training on mental health issues for new officers.

AB 1118, introduced by Assemblymember Rob Bonta (D-Oakland), seeks to address a growing distrust in law enforcement by revitalizing police-community relationships. The bill would establish a Procedural Justice Task Force, administered by the Board of State and Community Corrections, to implement enhanced procedural justice training for local law enforcement agencies. The training would be based on four key principles: treating people with dignity and respect; making decisions fairly and not based on illegitimate factors, such as race; giving people a voice to tell their side of the story; and acting in a way that encourages community members to believe that they will be treated with goodwill in the future.

Currently, people identified as suspected gang members are not given a fair chance to address such scrutiny. They are often classified as gang members based on racial profiling and associations they hold with family and friends. When this occurs, they may be placed in a gang database without being told that they have been included or how to be removed.

AB 829, introduced by Assemblymember Nazarian (D-Los Angeles), would address this over-criminalization by requiring that people be notified when they are placed in a gang database, and informed about how to challenge such placement.

The ACLU of California supports the bills listed above. The organization is also a proud co-sponsor of AB 953 and AB 619, along with Asian Americans Advancing Justice–Asian Law Caucus, PICO California, and Youth Justice Coalition.

Chauncee Smith is the Racial Justice Advocate for the ACLU of California Center for Advocacy and Policy.