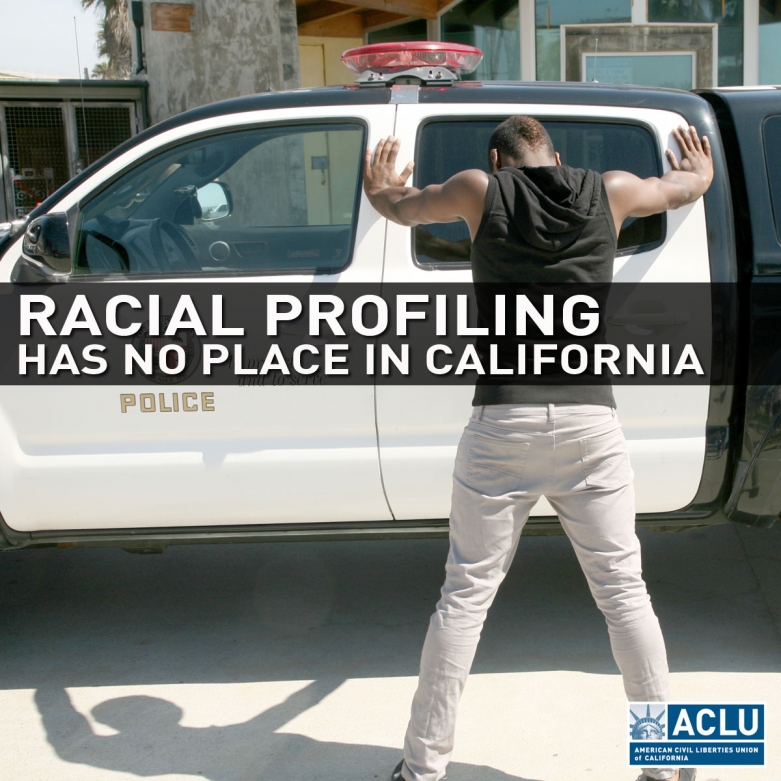 AB 953 and AB 619 are important steps toward improving public safety and upholding the civil liberties of all Californians.

These bills would modernize California’s definition of “racial profiling,” and improve public access to invaluable data on profiling and serious uses of force by law enforcement.

Such reforms are critical because biased policing and racial profiling are not only wrong, but also ultimately undermine community trust and public safety.  As Californians, we must join together to fix these problems.

AB 953 aims to curb the harmful and unjust practice of racial and identity profiling, and increase transparency and accountability with law enforcement agencies.

Racial and identity profiling occurs when law enforcement officers stop, search, property seize, or interrogate a person without evidence of criminal activity.  These practices not only humiliate and frighten law abiding Californians, but also divert limited community resources away from evidence-based policing, thus making us all less safe.

For example, a recent report by a California police department found that blacks were stopped twice as often as their driving age demographic representation, and that blacks and Latinos were respectively searched at three and two times the rate of whites.  However, during these searches, blacks and Hispanics were found less likely to have engaged in criminal activity.

Every Californian deserves to be treated with dignity & respect.

Stand with the ACLU today »

Have you or someone you know experienced racial profiling or excessive use of force by law enforcement officials?

AB 619 seeks to improve transparency and accountability within law enforcement by increasing public access to invaluable information on law enforcement uses of force that result in death or serious bodily injury.

This measure is particularly timely, as numerous deaths at the hands of law enforcement over the course of the past year– such as Eric Garner in New York City, Tamir Rice in Cleveland, Michael Brown in Ferguson, and both Ezell Ford and a homeless man known as Africa in Los Angeles – have broken the hearts of many.  These deaths have also sparked a critical conversation about race, law enforcement agencies, and the communities they serve.

Here in California, the public is far too often left in the dark when it comes to information about force used by law enforcement, even though all state and local law enforcement agencies collect information on deaths that occur while someone is in custody – including those that occur during arrest.

Without access to such important information, community trust in law enforcement is undermined, and our collective ability to develop racially equitable policing reforms is lessened.

AB 953 (Racial Profiling) passed out of the California Senate

AB 953 (Racial Profiling) passed out of the California Assembly

AB 619 (Police Use of Force) stalled in Assembly Appropriations Committee

AB 619 (Police Use of Force) introduced