Cops' Racist and Homophobic Texts: The Tip of the Iceberg 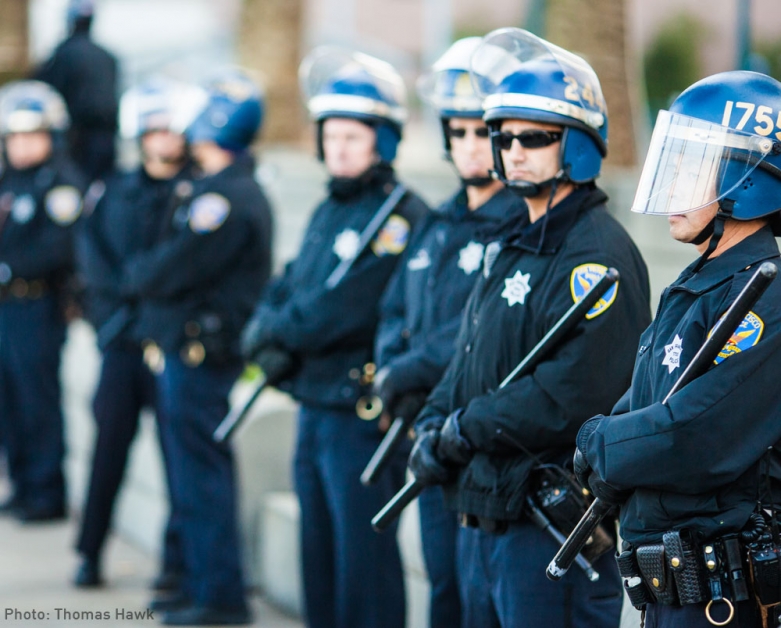 Over the weekend, news broke out of the existence of racist and homophobic text messages exchanged by four San Francisco Police Department officers.

The text messages sent by SFPD officers demonstrate, just as the Department of Justice’s damning report on the Ferguson Police Department did, that racism and other bigotries are still a problem within policing.

But while these texts are extremely troubling, what is perhaps more worrisome is that we do not have a clear picture of how these prejudices actually play out on our streets.

We must ask ourselves: Do these attitudes stop with texts? Or is this just the tip of the iceberg?

Perhaps these text messages are part of a larger problem having to do with how we police communities of color and other marginalized communities.

In the wake of the deaths of Alex Nieto, Michael Brown, and Eric Garner (unfortunately just few of the many black and brown unarmed men killed by law enforcement in recent months), attention has shifted towards ways to curb racial profiling and use of force by law enforcement.

Yet we are faced with a huge obstacle: the public doesn’t have access to basic information about what is actually taking place on the ground.

Without access to such basic information, community trust is undermined and we are ultimately left not knowing how to fix these problems.

In the meantime, action should be taken with respect to the SFPD officers’ text messages.

We agree with San Francisco Police Chief, Greg Suhr, that the officers should be terminated if the investigation proves the wrongdoing that seems apparent from the racist text messages.

In addition to the potential terminations, the department should take steps to make sure this does not happen again. This could include trainings on racial bias, more comprehensive personnel reviews, more swift and severe consequences for disciplinary infractions and other steps to foster a department culture that prioritizes protecting the community rather than simply protecting its own.

Chauncee Smith is a Racial Justice Advocate with the ACLU of California’s Center for Advocacy and Policy.