California is Poised to Issue a License to Discriminate – Literally 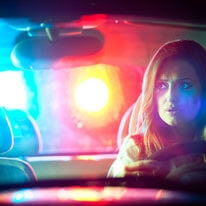 At first glance, having an "enhanced" driver's license to expedite border crossings might seem like a good idea. Anyone that has ever made the trip from Mexico to California knows you could wait hours in line before making it through the border check point.

And that was probably what motivated Senator Hueso (D-San Diego) to propose SB 249. Unfortunately, his proposal has some pretty horrifying unintended consequences – ones we should not be willing to accept.

If passed, his bill would actually make racial profiling easier and allow employers to discriminate against anyone who is not a U.S. citizen – all while putting people’s personally identifying information at risk.

With the country focused on police interactions with communities of color, it’s difficult to understand why the California legislature would give police a new tool to help them find out your race, age, citizenship, and other information – from 30 feet away – and use that to profile you. But, unfortunately, that’s exactly what the state is poised to do with SB 249.

SB 249 would allow the DMV to issue so-called enhanced driver’s licenses (EDLs). What’s enhanced about these special licenses? They include a tiny RFID chip that broadcasts your personally identifying information.

They link your criminal background check to your driver’s license and broadcast your information to law enforcement (and pretty much anyone who has an inexpensive device you can make at home).

That means that police officers can know your race, citizenship status, and whether you’ve been arrested before they can even see you. We know racial profiling by police is already a huge problem. We shouldn’t make the problem worse by giving police the ability to collect sensitive personal information before deciding who to stop and when.

What’s more, SB 249 would seriously undermine decades of work to allow immigrants to fully participate and integrate into our economy and society. The bill would give any employer in the state the green light to make EDLs a job requirement even if the licenses are not job-related.  This would allow an employer to fire or refuse to hire anyone that is not a U.S. citizen.

While California is still in the process of carrying out a landmark law to allow all Californians to receive licenses – regardless of immigration status, Senator Hueso’s bill would actually leave non-citizens vulnerable to employment discrimination. As the state with the largest share of immigrants in the country, this bill would be a tremendous setback.  SB 249 lacks the basic safeguards necessary to protect us from police abuses and employment discrimination – in fact, the only things they would be enhancing are these harmful practices.

Becca Cramer is the Legislative Coordinator for the ACLU of California Center for Advocacy & Policy.