In California, We Protect Our Values and Each Other 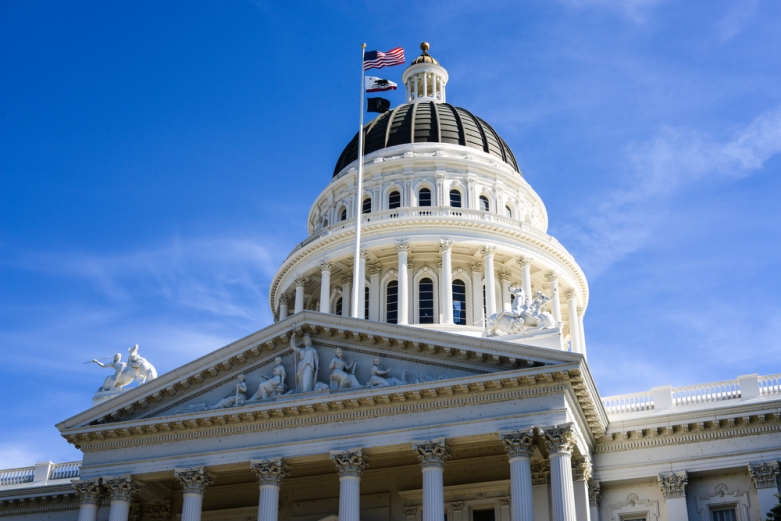 California is known for being a leader in protecting the rights of LGBTQ people, women, people of color, immigrants, and members of other marginalized communities. And while we already have great laws in place, there is still much work to be done – especially now as the Trump Administration attacks the most vulnerable among us.

That’s why, every year, the ACLU of California works with lawmakers and other organizations to draft bills that advance the civil rights and civil liberties of all Californians. When we sponsor legislation, we also coordinate with ACLU supporters, impacted communities, and coalition partners to lobby legislators, testify in support of bills, seek support from other groups, draft fact sheets and sample support letters, and provide communications and media support.

This year, we sponsored and supported incredible legislation that was approved by California lawmakers and signed by Governor Brown – with tremendous help from our members, coalition partners, and affected communities all over the state. Here are our top priority bills that made it to the finish line and were signed into law this year:

SB 180 - Repeal ineffective sentencing enhancement (Mitchell)
The War on Drugs has had devastating and lasting impacts on communities throughout the country. In California, sentencing enhancements, remnants of the failed war, are still in place although they have been proven to be enormously expensive, destabilize communities and families, and contribute significantly to mass incarceration – disproportionately impacting young men and women of color. SB 180 repealed these costly and ineffective sentencing enhancements, reflecting the values of most Californians who think we must divest from mass incarceration in order to invest in vitally needed public services.

SB 620 – Judicial discretion at sentencing (Bradford)
In our criminal justice system, a judge's job is to make sure that sentences are fair and balanced. But California has been tying judges' hands at sentencing with required sentence enhancements for crimes involving firearms. No one disputes that crimes involving firearms must be taken seriously, but we can't keep forcing judges to dole out extreme and overly punitive sentences that they often think are a miscarriage of justice.

Although judges can use their discretion to dismiss almost every other sentencing enhancement, they have been forbidden from doing so with mandatory firearm enhancements. Research shows that mandatory sentencing enhancements for guns fuel mass incarceration, fail to reduce gun-related crimes, and have a disparate impact on people of color.  When sentencing comes, judges haven’t been able to strike the enhancement — which comes in the form of an additional sentence of 10 years, 20 years, or life — even if they don't think it's fair. SB 620 gave judges discretion over whether to add these sentence enhancements.

AB 1360 - Giving every student equal access to education (Bonta)
All children in California should have equal access to all public educational opportunities, including charter schools. However, some charter schools in California have implemented admissions and disciplinary policies that raise questions and concerns about how and whether students are given equal access to education. AB 1360 limits admissions procedures that exclude students based on academic achievement and ensured constitutional protections for suspension and expulsion proceedings.

SB 31 - California Religious Freedom Act (Lara)
During the campaign trail, President Trump repeatedly proposed a Muslim registry. Although he hasn’t followed through with this threat yet, he has followed through with three versions of a Muslim ban. Religious freedom is a fundamental right enshrined in our First Amendment. Any attempt to attack this pillar of our democracy is both un-American and unwelcome here in California. SB 31 demonstrated that in the face of bigotry, we can reaffirm our common humanity. This new law bars state and local agencies from sharing data with federal authorities for the purposes of compiling a federal registry based on religious belief, practice, affiliation, national origin, or ethnicity. The new law also prohibits state and local law enforcement from collecting information about an individual’s religious beliefs or affiliation, with a few exceptions, such as to provide religious accommodations.

SB 54 - California Values Act (de Leon)
From the start of his campaign, Donald Trump declared a war on immigrants. He made it clear that his position on immigration was deeply tainted by his racist views about Latinos and other people of color, using repugnant “dog-whistle” politics and fearmongering tactics. Soon after his inauguration, he issued new deportation guidelines that put a target on the backs of every single mother, father, grandparent, and child living in the country without proper immigration documents. But by then, California lawmakers, the ACLU, and our supporters were already in action. SB 54 is a bold step to protect the rights, dignity, and well-being of our immigrant communities. The new law limits the way state and local officials communicate with federal immigration agents and how they participate in deportations, creating a strong protective shield for immigrant families in California.

AB 208 – Deferred Entry of Judgment (Eggman)
In California, when someone pleads guilty to drug possession but completes court-ordered drug treatment, they can have their conviction dismissed. But federal law does not recognize that dismissal and creates a two-tiered system for U.S. citizens and for immigrants, who still face deportation even after they’ve completed their treatment. AB 208 fixed this problem by allowing people to complete their treatment before entering a plea for minor drug offenses.

Budget Advocacy – In June, the Legislature approved the state budget, allocating a historic $45 million investment in immigration services under the “One California” Immigration Services Funding program, which includes services for deportation defense. Previously, immigrants fighting their deportation were left to make their own case to the judge unless they were able to afford legal representation. Immigration proceedings are notoriously complex and require extensive evidence gathering. Despite this, the federal government forces immigrants to go up against a trained federal prosecutor in court.

Many of these immigrants have valid claims to remain in the country but are deported nonetheless because they cannot afford an attorney. This includes unaccompanied minors, people seeking asylum, lawful permanent residents, and people who have lived in the country for decades and have strong ties to their communities. In California, 68 percent of immigrants in immigration detention do not have legal representation. Deportation defense funding secured through the budget is a significant step toward bringing a ray of fairness to an immigration system that is fraught with injustice, separation, and suffering.

SB 239 - Modernizing California HIV criminalization laws (Wiener & Gloria)
HIV is a public health issue, not a criminal justice issue. Yet California HIV laws were still stuck in the ‘80s, despite significant scientific advances in the field, and doled out harsher penalties for people living with HIV than for people living with other communicable diseases—even if there was no chance of transmitting HIV. These laws further isolated and increased stigma towards people living with HIV, both of which are significant drivers of the HIV/AIDS epidemic. They also disproportionately criminalize trans women & people of color.

SB 239 furthers public health goals by ensuring that California treats people living with HIV the same as people living with other serious communicable diseases and treating HIV as a public health matter rather than a crime. California shifted gears to create an environment in which all people want and have access to HIV testing, treatment, and other prevention options.