Celebrating Harvey Milk and the Defeat of the Briggs Initiative - #ACLUTimeMachine 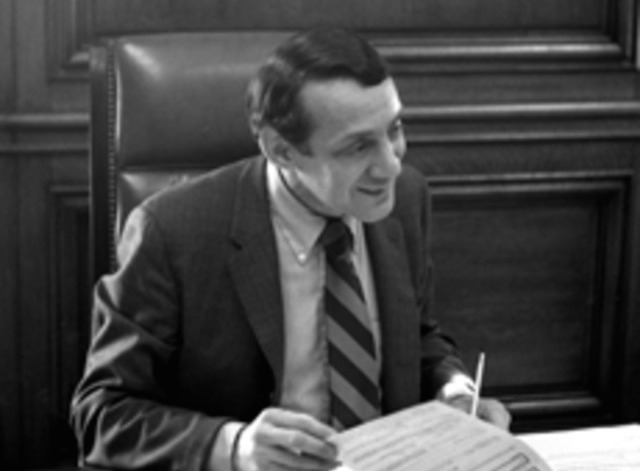 Every year on May 22, California celebrates Harvey Milk Day to mark the indelible impact Milk left on the world. Milk is lauded for being the first openly gay person to be elected to public office in California - an achievement in itself.

Less widely known is the fact that in the last year of his life, Milk tirelessly fought a virulently homophobic statewide initiative that looked very likely to pass and would have put California in the vanguard of a growing anti-gay movement. 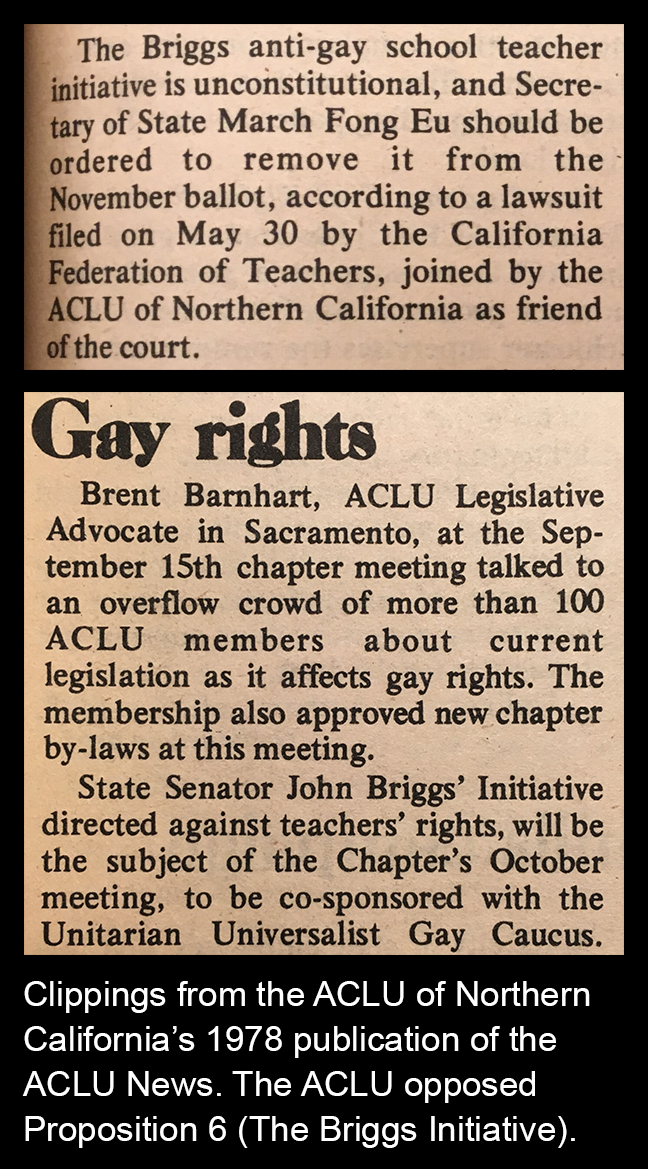 The LGBTQ activism of the 1970s transformed San Francisco and the world beyond it. Consider where we've been, and we are today.

Within a week of the 2016 presidential election, the San Francisco Board of Supervisors drew up and passed a scathing resolution reaffirming San Francisco’s core values in the face of a new political reality.

In part, the resolution read:

“There will be no conversion therapy, no withdrawal of rights in San Francisco. We began hosting gay weddings twelve years ago, and we are not stopping now. And to all the LGBTQ people all over the country who feel scared, bullied, or alone: You matter. You are seen; you are loved; and San Francisco will never stop fighting for you.”

Not too long ago, this kind of bold statement would be unthinkable.

San Francisco was not always committed to LGBTQ rights.

In the 1960s, and pre-Stonewall, we were the site of the Compton’s Cafeteria Riot because persistent police harassment and abuse of drag queens and transgender women made it nearly impossible for LGBTQ folks to congregate in public.

Over a decade later, Anita Bryant's homophobic "Save Our Children" campaign was prompting the attempted repeal of the few protections that existed for LGBTQ people in cities and states across the country, including California.

In the midst of this political climate, Harvey Milk defiantly introduced San Francisco’s first gay rights ordinance in 1978 as a member of San Francisco’s Board of Supervisors. The New York Times deemed the ordinance the “the most stringent and encompassing in the nation.”

In that same year, Milk and an army of activists oppposed Proposition 6, also known as the “Briggs Initiative.”

The ballot measure was spearheaded by state representative John Briggs, and it would have mandated the firing of any California teacher who was gay or was in support of gay rights. 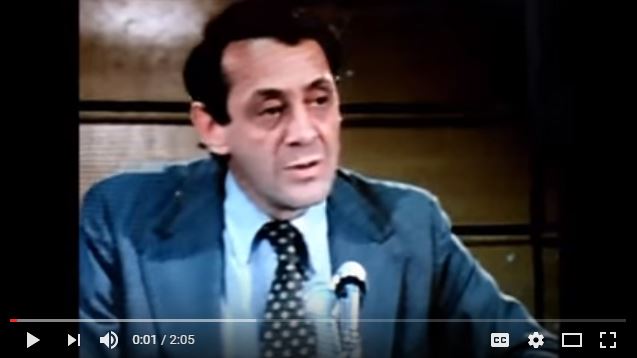 Milk campaigned across California and publicly debated Briggs, determined to counter Briggs’s hateful rhetoric even though the proposition looked likely to pass. 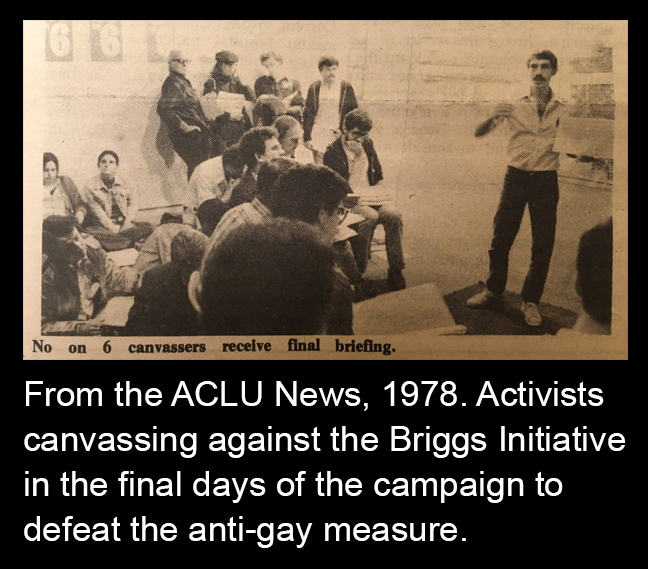 When the Briggs Initiative lost by more than a million votes, San Francisco celebrated. 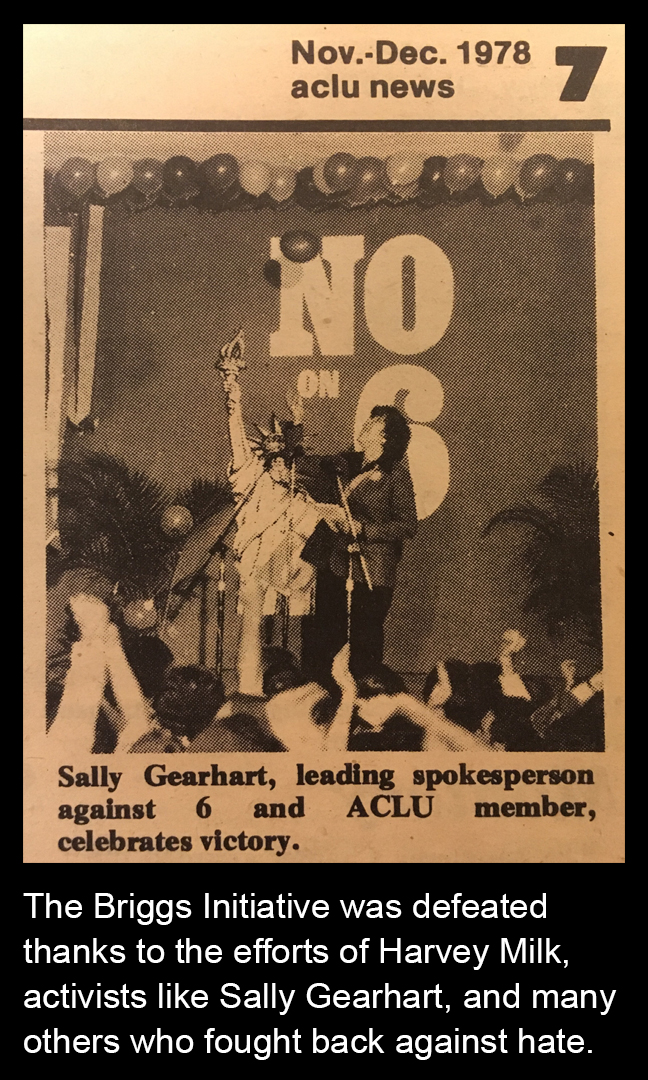 Harvey Milk was assassinated on November 27, 1978. But we remember him on May 22, his birthday. How fitting that we celebrate the day that brought Milk into existence, given how fiercely he fought for the rights of LGBTQ people to exist – proudly, authentically, and openly.

Bethany Woolman is a Communications Strategist with the ACLU of Northern California.