The Civil Rights Fight of the Information Age 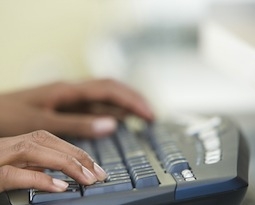 Net neutrality is a civil rights issue. While we often stress the important First Amendment and free speech issues tied to strong "open internet" or "net neutrality" protections, we have spent less time discussing how crucial these protections are to minority and low income communities.

Very soon the Federal Communications Commission will either empower minority voices on the Internet and help close the digital divide, or it will make it easier for communications giants to silence and exclude those communities from the free or low-priced content now on the web.

As technology advances, our First Amendment rights -- especially speech and the right to petition the government -- are increasingly reliant on the open internet. The access to a global megaphone provided by the internet is particularly crucial to minority groups, which have long faced higher barriers to having their voices heard in the mainstream media due to systemic discrimination and a lack of media ownership. The open internet that we now enjoy helped to break down those boundaries, allowing minority groups and dissenting voices to engage in the political process and tell their stories like never before, bypassing traditional big-media gatekeepers.

In recent comments to the FCC, a long list of civil rights groups highlighted the story of Ruth Livier, the first writer to join the Writers Guild of America through work on digital content:

Ruth Livier is an accomplished Mexican-American actress, writer, and producer who has seized the opportunities created by a truly Open Internet to bypass traditional gatekeepers and reach an audience with her digital content. Her award-winning, bilingual web series Ylse has been hailed as the type of high-quality, stereotype-defying content that is lacking from mainstream media outlets.

But what good is an open, empowering internet if underserved parts of our country can't access it? The nondiscriminatory nature of the net neutrality that we have now leaves the path clear for innovation in software and services -- which in turn increases demand for a more robust broadband infrastructure that reaches sparsely populated, often poorer areas of the country. While we have made huge strides in broadband deployment, millions of Americans -- disproportionately those of color -- still live without this essential tool.

That's actually the argument the FCC made in defending its open internet rules. Part of the reason we like network neutrality is that it makes the internet a more valuable resource. Innovation among online content and application developers, the next Netflix, for instance, drives broadband demand and adoption. More demand, more broadband deployment. Keeping the internet free actually puts pipes in the ground. More pipes, less of a digital divide.

Unfortunately, and for the first time ever, the FCC reversed course in its recent proposal, putting forward rules that would undermine the net neutrality principles that have ensured the equal playing field that has allowed minority communities to thrive online. The new rules would allow Internet Service Providers (ISPs), such as Comcast or Verizon, to negotiate deals with content providers, such as Netflix or Facebook, to pay extra in exchange for higher-speed web access or a 'fast lane' for those that can afford it. If you cannot afford the expense of higher speed you will not have the same access to content or tools to reach all internet users. This would give the advantage back to traditional media gatekeepers, dealing a serious blow to minority voices online and damaging efforts to close the digital divide.

While the ACLU generally focuses on government regulation of speech, in the case of net neutrality, it is actually the lack of competition among providers that ties consumers' hands and threatens these rights. While ISPs argue competition is sufficient, most Americans have access to just one or two providers in their home or neighborhood. This is because regulators have allowed ISPs to be concentrated in a few companies that are powerful and territorial, limiting competition and thus consumer choice.

Without competition there is no incentive for companies to build up their infrastructure to reach poorer areas. Even worse, ISPs could be perversely inclined to maintain some internet congestion to encourage established content providers to enter into deals for preferential treatment. Net neutrality rules protect the "virtuous circle" where innovation leads to broadband expansion that will help to close the digital divide.

The next move is the FCC's. The courts have ruled that, in order to enforce existing net neutrality rules, the FCC needs to reclassify ISPs as "common carriers," like a company that provides your electricity, water, or land-line telephone service at home. Anything less than reclassification to common carrier status will allow the ISPs to fundamentally alter the internet as we know it, creating a preferred service for those that can afford it, and a congested service for those that can't. We must fight these efforts to eliminate equal access to the internet for all Americans. Such a turn of events would be particularly damaging to those who have always struggled to have their voices heard.

We still have the next two months to make our voices heard. The first comment period ended July 18. You can find the ACLU's comments here. The second comment period will end on September 10, 2014. Tell the FCC to uphold net neutrality and support the open internet.

Laura W. Murphy is the Director of the ACLU Washington Legislative Office