Corporations Can’t Go to Church, but They Can Go to Court 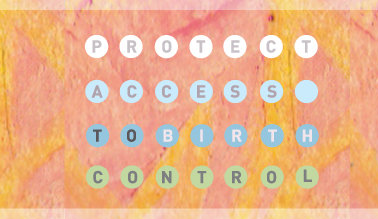 This week’s unprecedented Hobby Lobby decision deserves the widespread criticism it has attracted: the Supreme Court decreed that corporations, which lack souls, have religious beliefs; even more jaw-dropping, it decreed that those anthropomorphic beliefs trump workers’ health, reproductive choices and equality.

As Justice Ginsburg points out, the majority’s assurance that corporate meddling in employee health will stop at birth control is unconvincing. There simply is no principled distinction between contraception—recognized by the Centers for Disease Control as one of the most significant public health achievements of the 20th century—and a host of other preventative medicines like vaccines. And it is no credit to the majority that it gerrymandered religious exemptions to excuse only compliance with laws securing birth control coverage, leaving intact insurance mandates for other health care: once again, the Court has signaled its approval of the steady erosion of women’s reproductive rights.

What has received less attention is the Court’s assault on true religious liberty. The federal law under which Hobby Lobby prevailed—the Religious Freedom Restoration Act (RFRA)—was intended to promote religious tolerance in a pluralistic country, particularly for minority faiths. Congress passed RFRA in the wake of a 1990 Supreme Court decision that hollowed out First Amendment protection for devout people unnecessarily oppressed by laws that, for example, prohibited headwear in schools, thus preventing Jewish children from wearing yarmulkes.

Justice Scalia, in denying constitutional protection, told these religious groups to lobby for statutory exemptions. Recognizing that minority faiths lacked political clout, Congress passed RFRA to restore the protection the Court had eliminated. The Supreme Court, miffed at the widespread criticism its 1990 decision received and at the Congressional response, promptly struck down RFRA as it applied to state and local laws. Thus, RFRA now applies only to federal laws like the federal health reform statute (happily, in light of the Hobby Lobby decision, because it leaves intact state contraceptive equity laws like California’s).

For the ACLU, which joined a broad coalition in supporting passage of RFRA, the Hobby Lobby decision is an ironic end of the long journey to protect religious freedom. The Court subverted RFRA’s intent, not only by using a law designed to protect minority faiths to instead protect majority faith, but also by using it to give more power to the most powerful entities in American life—for-profit corporations, which now may impose their wealthy owners’ religious beliefs on their workers.

Once again, the Supreme Court got it wrong.  Once again, it’s time for Congress to act.

Maggie Crosby is a Senior Staff Attorney at the ACLU of Northern California.