Cultural Incompetence: My Son was Kicked out of Class Because of His Hair 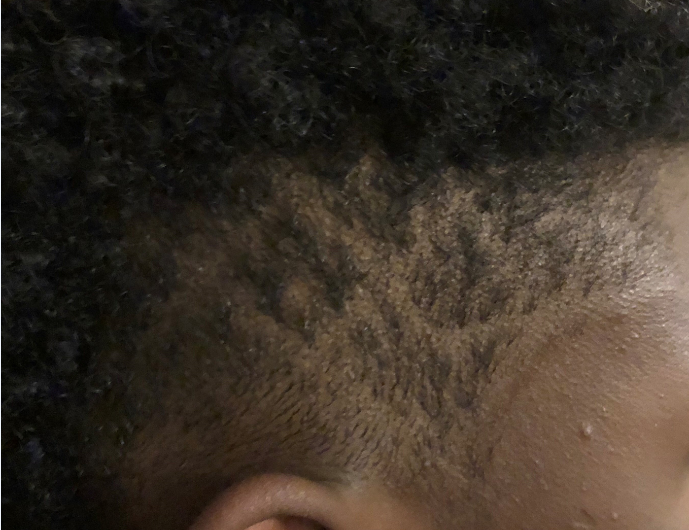 When my son recently brought home a certificate for making honor roll at his middle school, I was so proud. That quickly faded the next day when I received several calls from my child informing me that he had been pulled out of class. Because of his hair.

My 14-year-old son’s Tenaya Middle School teacher sent him to the vice principal for his hairstyle on a Friday. He was told he had to get it “fixed” by Monday. Apparently, the teacher determined that the lines shaved into his hair were a distraction to other students.

Although I disagreed with this assessment, I vowed to get the lines removed as soon as possible. I didn’t want him to miss class. But I was unable to get an appointment on Saturday and the barbershop was closed Sunday and Monday. We live in Fresno and there aren’t an abundance of black hair salons or barbershops.

So I sent my son back to school and told him to let the teacher know we were working on it.

I called the vice principal to tell him I was trying to get my son's hair fixed. I explained the barbershop situation, that I was unable to get an appointment over the weekend, but would as soon as possible.

Instead of following up with me, Tenaya Middle School administrators felt my son needed to be separated from other students until the so-called “distraction” was eliminated. He was pulled from class and put in a room with another student and a teacher he wasn’t familiar with. He was unable to have lunch with his classmates and was given packets of work to complete.

My son was confused because he was being treated as if he were in trouble, saddened because he had no knowledge his hairstyle would violate the dress code, and upset because he would be missing class until he was able to get it “fixed”. He asked me if he could go home to do his work rather than sit in that classroom because everyone knew it was for “problem students.” I allowed my son to go home and let the school know that he would not return until he was able to attend his regular classes.

When I explained this to the principal, she placed the blame on me. She went on to suggest that I take my son to Supercuts to quickly get his hair fixed. But black people don’t have the luxury of walking into a random hair salon. Employees of mainstream hair salons are not trained to accommodate black people’s hair. Her suggestion shows a total lack of cultural competence. Troubling, but not surprising.

I was given the option to leave work early (without pay), so I contacted his barber and took the first appointment he had available, at 1:30 pm on a Wednesday.

I was able to erase the lines cut into my son’s hair, but not the emotional trauma he suffered.

Taking a child out of class for a day and a half shows little regard for his educational wellbeing. Targeting and isolating him causes distress and emotional harm. My son has never been suspended; he’s a good student. He was treated like he was a problem and no one took the time or had enough compassion to make sure he was ok.

The treatment made him feel as if he was not deserving of the same type of education as his peers.

Research shows that black students, especially boys, are disciplined more often and receive more school suspensions than white students. Black students should not be punished because of what they look like and because teachers and administrators are unfamiliar with black people’s hair. Hair styles should not be considered distracting or unusual simply because other people are uncomfortable with them.

I wrote a letter to the district expressing my concerns and contacted the ACLU. An ACLU attorney is now working with administrators on ways to remedy the problem. I'm hopeful that the district will do the right thing.

Until then, no other student should be forced to change their hairstyle to fit the standards of the Fresno Unified School District. The standard of appearance should not be based on Caucasian norms. That’s discrimination, plain and simple.