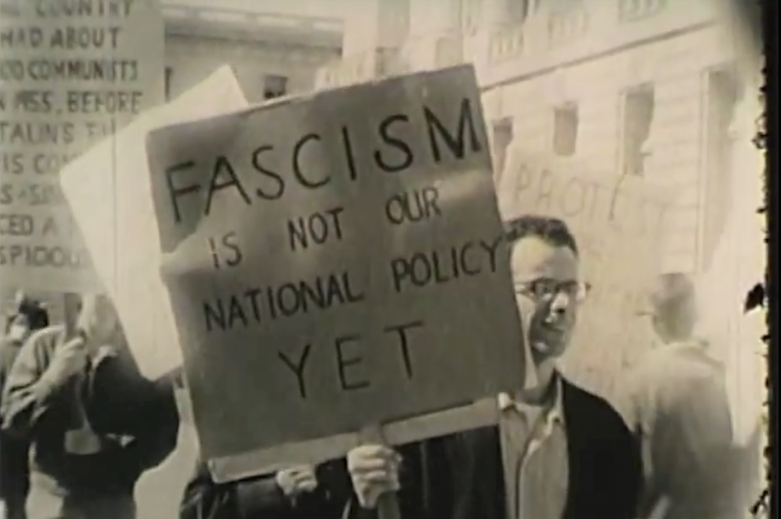 If you’re to be called a communist every time you stand up for basic American rights and freedoms, what’s likely to happen? Will you be silent? And if so, is this what the House Committee on Un-American Activities is really after — a silent, submissive, un-protesting America?
- Ernest Besig, "Operation Correction," 1961

Fifty-five years ago this January, the ACLU of Northern California was busy filling orders from across the country for copies of its recently produced film, “Operation Correction.” The film was a response to a piece of Red Scare propaganda, “Operation Abolition,” which was produced by the House Un-American Activities Committee (HUAC) and depicted civil liberties activists in San Francisco as violent communist agents bent on destroying the fabric of America. 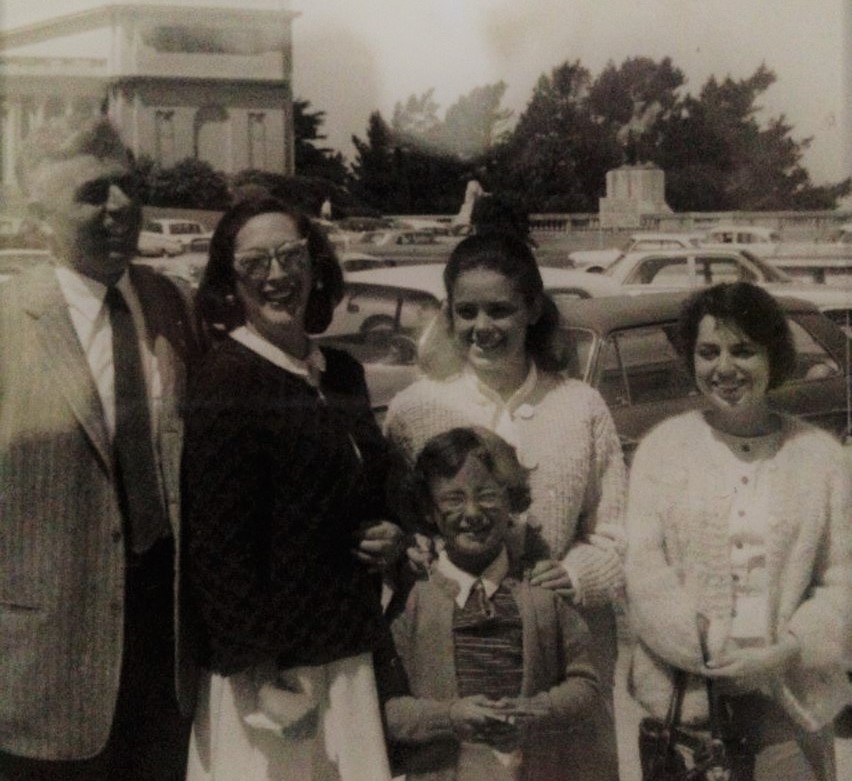 In those days, the federal government was deeply concerned with the political affiliations of ordinary Americans — if those affiliations were left-leaning.

My own grandfather, who was a World War II veteran and a member of the Communist Party in San Francisco, was under FBI surveillance. In 1950, he was fired from a good union job at a glass company after FBI agents paid his employers a visit and informed them of his history as a labor organizer before the war.

Our family bounced back, but the government’s post-war obsession with leftist thought and activism ruined the lives of many Californians.

They subpoenaed 48 Northern Californians — many of them teachers and professors — to testify at City Hall about their political affiliations. At this point, the tide of public opinion was already starting to turn against HUAC.

College students from UC Berkeley and Stanford mobilized to protest the hearings and take a stand for freedom of speech and freedom of association. The hearings, the protests, and the violent police crack-down were covered heavily by local news.

Inside City Hall, witnesses were called to testify — several of them represented by the ACLU. While the hearings dragged on, the San Francisco Police Department used firehoses to knock protesters down the marble steps of City Hall. Scores were arrested and charged.

In this moment, the ACLU of Northern California saw an opportunity to educate the public about the danger HUAC posed to American ideals of freedom, democracy, and dissent.

While “Operation Abolition” was being viewed by millions of Americans at town halls and colleges across the country, the ACLU produced “Operation Correction.” Our executive director at the time, Ernest Besig, narrated the exact same footage and explained the propagandistic tactics being used to mislead the public.

People flocked to see it. In Berkeley, hundreds showed up for a standing-room-only “Operation Correction” event. Copies were distributed nationwide and even shown on TV in Alaska, Texas, and Kansas.

Newspapers like The Washington Post editorialized on the success of the film and the dangers of government propaganda.

Historians credit HUAC’s “Operation Abolition” with backfiring spectacularly. Young people across the country were shown the film at school, saw right through it, and decided they should make their way to Berkeley — after all, that’s where all the action was. Four years later, the UC Berkeley Free Speech Movement began.

Let’s remember this moment in history as a lesson in the power of free speech and free thought. And let’s remember it as proof that if we remain vigilant, lies can wither in the face of truth. 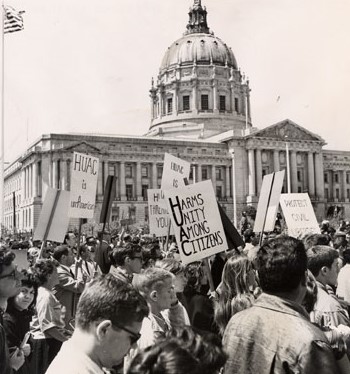 In the wake of an election season marked by fake news, open distaste for journalism, and a president-elect who lied about his own self-documented views during a nationally televised debate, let’s not shy away from reflecting on our government’s willingness to engage in cynical propaganda.

Our 45th president will soon be inaugurated. We will likely see hundreds of thousands of people protesting Donald Trump’s presidency and his proposed policies in cities across the country. It’s crucial for people to know and understand their First Amendment right to demonstrate.

In 1962, the ACLU had to have a ground-game to distribute “Operation Correction.” Today we can all voice our dissent at lighting speed to a digitally networked world. The ACLU will remain vigilant in the months and years to come. We also are ready to defend your right to document injustice, speak your mind, and tell your own stories.

Please keep it up.

Bethany Woolman is a Communications Strategist at the ACLU of Northern California.