Documents from the FDA 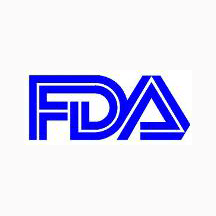 On February 2, 2011 death row prisoners from California, Arizona, and Tennessee filed suit against the FDA seeking to prohibit the FDA from allowing the importation or use of unapproved sodium thiopental.  Below are some of the court papers related to this case.

On April 11, 2011 the ACLU of Northern California received additional and less redacted versions of the January 19, 2011 documents from the New Orleans District Office.  This was in response to an appeal filed by the ACLU-NC that the documents received on January 19, 2011 were not sufficient.

On March 31, 2011 the ACLU of Northern California received a batch of records from the FDA office in Los Angeles. The records all relate to Arizona, and provide new information that Arizona actually made two purchases of drugs from Dream Pharma.  One purchase in September of all three drugs and then a separate purchase in October of just sodium thiopental.

On March 21, 2011 the ACLU of Northern California received 15 pages of email and other correspondence between the FDA and counsel representing incarcerated individuals in various states who are asking the FDA to ensure that the import of execution drugs into the U.S. was done legally.

The FDA sent additional documents to the ACLU of Northern California.  These documents have been grouped by state below:

Below are records received from the New Orleans District Office of the Food and Drug Administration, in response to a request under the Freedom of Information Act. The records reveal five separate purchases by state officials of sodium thiopental from Dream Pharma, in the UK. These records are grouped together below by the "entry number" assigned by the FDA when the shipments arrived in the US. Although the FDA has refused to reveal the state purchasing the drugs in these records, records released in other litigation seem to indicate that the first purchase was made by the state of Georgia and the second by Arizona. One of the final two orders was placed by California. Other states believed to have ordered the drugs from the UK are Arkansas and Tennessee.

In addition, the records provided also include the following correspondence: (1) a letter to Dream Pharma (records revealed in other litigation indicate this letter was sent by officials in Georgia); (2) a letter to FDA from the CDCR and accompanying emails; and (3) emails inquiring about one or both of the last two shipments, where the state sending the emails cannot be determined.