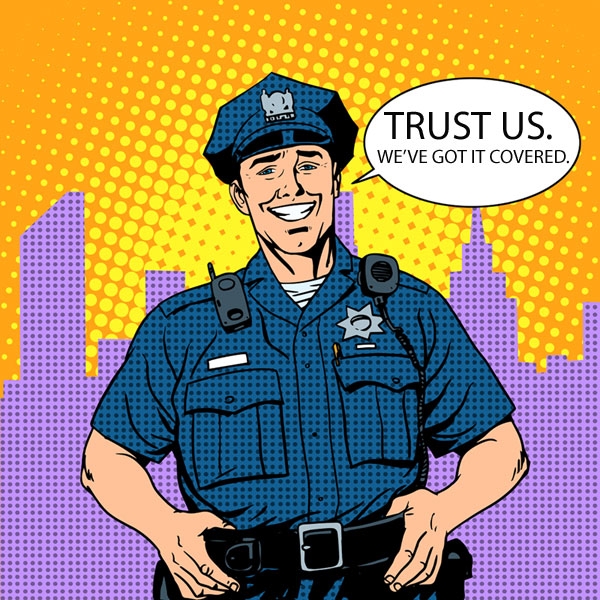 Update (April 27, 2016): We received a response from the Department of Justice to our request for a court-enforced pattern and practice investigation. We continue to call for an investigation.

Today, the ACLU of Northern California sent a letter to the U.S. Department of Justice renewing our call for a pattern and practice investigation of the San Francisco Police Department (SFPD).

Our first letter sent Jan. 29 pointed to the longstanding and deep-rooted failures in the SFPD, especially as officers interact with communities of color and people with disabilities. Since then, our concern has deepened.

Although a COPS Office Collaborative Reform initiative is underway, a recently revealed batch of racist and homophobic texts by officers of the SFPD again demonstrates why a review of department policies alone—with no enforceability—is not enough. A pattern and practice investigation is indeed warranted.

For the past seven months, the SFPD and Chief Greg Suhr have had more proof of the scope of racist and homophobic attitudes in the ranks. The department knew and chose not to inform the public about a new round of bigoted text messages. Instead of using it as a moment to condemn the practice and take steps to deal with it, they swept it under the rug.

The texts show that these views are still alive in the department.  The commitment to rebuilding community trust and recognizing the need for transformative and significant change is not. The SFPD is in denial about its problems, and therefore unable to truly collaborate. The choice to keep the information secret speaks volumes about the SFPD commitment to the reform process and the low priority it places on public trust.

The lack of a departmental commitment to accountability is also demonstrated by the ongoing failure of the department to fix its broken Early Intervention System (EIS), even though that was a key recommendation of a 2008 collaborative review report by the nationally respected Police Executives Research Forum (PERF).  EIS is intended to flag problem and potentially problem officers for non-punitive supervisory interventions or counseling.  But recent statistics show that the department does nothing with this information. In 2015, more than 360 officers were flagged – mostly for disproportionate uses of force and/or misconduct – but only 6 (less than 2%) received any supervisory intervention at all.

The SFPD must take concrete steps to attack its problems at the root, not minimize them as isolated incidents and point to a few bad apples. The problems are systemic and must be faced in order to be changed.

Without the enforcement power behind a pattern and practice investigation, these deep-seated and systemic problems will continue as they have after prior attempts at collaborative reform. We need to change course. The DOJ should independently investigate the SFPD instead of relying on a collaborative review of policies.

Alan Schlosser is Senior Counsel with the ACLU of Northern California.