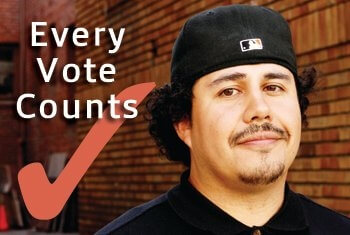 In a disappointing 5-4 ruling, the U.S. Supreme Court today struck down Section 4, a critical provision of the Voting Rights Act that had protected the right to vote for people of color and language minorities since 1965.

Importantly, today's decision did not strike down Section 5 itself, which requires the Department of Justice to "pre-clear" any attempt to change "any voting qualification or prerequisite to voting." Instead, today's decision struck down Section 4 of the Act, leaving it to Congress to devise a new coverage formula to determine which jurisdictions must get government clearance before making such changes. Section 5, therefore, is alive but for the moment dormant until Congress chooses to act.

In the jurisdictions that had been covered, voting remains divided along racial lines. These jurisdictions may "bail out" of Section 5 by maintaining a "clean record" – no evidence of discrimination in voting rights – for ten years. More than 100 jurisdictions have done so in recent years, including California's Merced County. However, three counties in California still fall under Section 5 coverage: Kings, Monterey, and Yuba. Nonetheless, the state still wrote a friend-of-the-court brief urging the Supreme Court to uphold Section 5 to ensure that all Californians had equal access to the polls.

The court's decision presents a serious challenge to Americans' fundamental right to vote and represents a significant departure from the Court's previous four decisions over four decades recognizing that Congress is in the best position to judge the value of the preclearance requirement and where it is most needed.

As recently as 2006, Congress, with overwhelming bipartisan majorities, recognized that strong federal legislation remains necessary to ensure that all Americans can exercise the right to vote free from racial discrimination.

This is as true today as it was seven years ago.

The Court's decision today is especially disheartening in light of the spate of restrictive voting laws that were passed prior to the 2012 presidential election. This pattern continues. More than 75 restrictive voting laws were introduced in legislatures across the country in the first half of 2013 alone. The Court's decision today does not change the fact that voting laws that discriminate against minority voters remain unlawful. The ACLU will continue to challenge laws that erect barriers to voting.

Lori Shellenberger is an attorney with the ACLU of California.