ICE Put Me in a Hot Van with No Windows or Water. I Thought I Would Die. 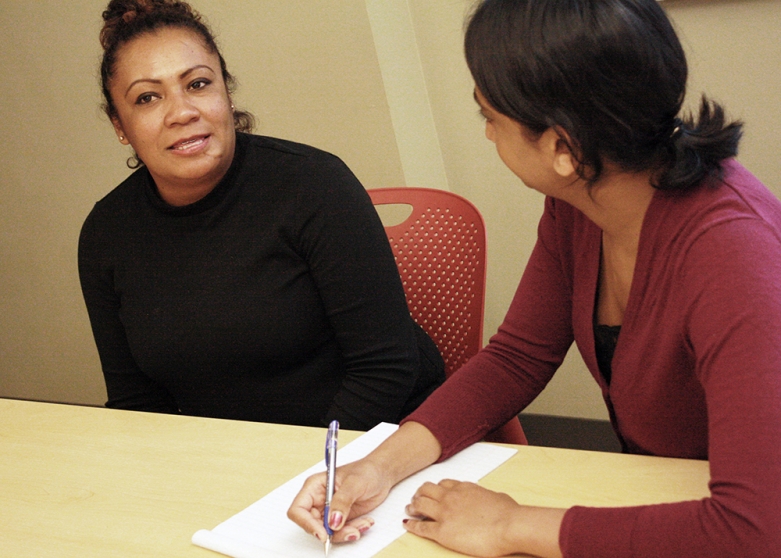 Sitting chained up in the back of a hot van last summer, I mentally prepared to die.

I was surrounded by several other women and we were all worried and scared. We were riding in a vehicle with no windows and no air. We’d been put there by ICE agents, after our wrists and ankles were shackled. We had no food or water. I felt extremely sick, like death was near.

I will never forget that day.

I was in my cell in immigration detention in Richmond. A few months earlier, I was arrested by ICE coming out of a diner because of an old immigration removal order. My immigration case is currently pending. I’m 38. I came to the United States from Mexico 20 years ago because I was scared to live there. Since moving here, I’ve had three children. I am their sole provider.

That day in July, an agent came into my cell early in the morning. He woke me up, and told me to pack my things and get ready to go. I asked him where I was going but he wouldn’t tell me. I was given a small breakfast and then he put shackles around my wrists, with a chain to my waist, and around my ankles. It was difficult to walk.

I was taken with several other women to an ICE office in San Francisco. When we got there, they put us in a cold room with metal benches. It felt like we were being punished. We still didn’t know where we were going.

After several hours, they told us to get ready. They put our shackles back on and put us on a bus. There was a bathroom but we couldn’t use it because it was in the men’s section.

We arrived in Gilroy in the late afternoon. There were two white vans waiting, one for men and one for women. The vans were old and in bad condition. It looked like they were used for animals. There were no windows.

I was the first one in and I immediately felt like I was suffocating. It felt like an oven. I couldn’t breathe. It was July and I think it was more than 100 degrees outside.

It was dark inside with no windows and no air or ventilation. The van felt like a cage. I felt so desperate. I thought of my kids and started screaming for them to let me out. We were banging on the walls but they couldn’t hear us, or they just didn’t listen.

Our wrists and ankles were still handcuffed so we couldn’t do much. I wanted to take off some layers of clothing but I couldn’t move. We started praying and crying. We tried to be strong and help each other out.

One woman was really scared, it seemed like she had a phobia of small places. She tried to remove her sweater but was unable to because of the shackles. We tried to hold her to keep her calm. Another woman began throwing up and fainted. We tried to help her by blowing on her.

I was sweating so bad from the heat. The back of my head hurt and my heart was beating fast. My wrists were hurting because the shackles tightened as I tried to help the others. I needed to use the bathroom. I felt so scared and helpless. I was crying and screaming and extremely upset. We tried to bang on the partition to get the driver’s attention but he ignored us. My heart felt like it was shutting down. I started to pray.

I thought I would take my last breath in the back of that van. I thought about not seeing my children again, not saying goodbye. I figured that God placed me in the back of the van so that if no one made it out alive, at least we got to meet each other.

But we made it. Barely. We stopped in Fresno and there were new officers who gave us water. It had been 12 hours since I’d had water in San Francisco. Eventually we made it to the Mesa Verde detention facility.

It’s still difficult for me to talk about what happened, I have nightmares and it causes me great anxiety. But I feel like I must speak up so it doesn’t happen to anyone else. What happened to us that day is not ok. No one deserves to be treated this way.