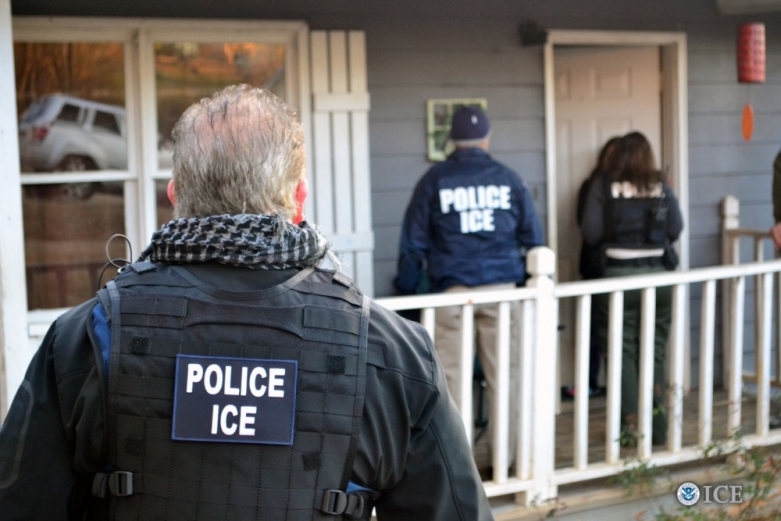 Amid news that immigration arrests are rising sharply under the Trump Administration, the Detroit News reported last week that Immigration and Customs Enforcement (ICE) agents recently obtained permission to use a Stingray to track down an immigrant suspected of “unlawful reentry” into the country. In order to learn more about use of this invasive surveillance technology in immigration enforcement operations, the ACLU has submitted a Freedom of Information Act request to ICE and Customs and Border Protection (CBP).

Stingrays, also known as cell site simulators, track and locate cell phones by mimicking a real cell tower and forcing phones in the area to communicate with the device. In the process, they ensnare not only a suspect’s cell phone, but bystanders’ phones as well, raising serious privacy concerns.

This is the first evidence we’ve seen of ICE using a Stingray in a specific immigration enforcement operation, but we’ve known for some time that the agency possesses the technology. ICE published a solicitation to purchase a Stingray as early as 2008, and revealed in response to a 2012 FOIA request that it had bought a number of cell site simulators and related equipment, including a kit to install a Stingray on an airplane. A December 2016 report from the House Committee on Oversight and Government Reform revealed that ICE and CBP have a combined total of more than 90 cell site simulator devices.

It is a testament to the tremendous secrecy that has shrouded the use of Stingrays for years that we haven’t had a glimpse into how ICE actually uses the technology—until now. The Detroit News article, based on newly unsealed documents from the federal court in Detroit, shows that ICE obtained a warrant to track and locate the cell phone of an immigrant from El Salvador who the government believed to be removable from the country. Search warrants are generally available only in criminal investigations, and here the government alleged that the immigrant was wanted for the crime of unlawfully re-entering the country after being deported. In recent years prosecutions for unlawful entry and unlawful reentry have skyrocketed, now making up nearly half of all federal prosecutions.

In this case, ICE appeared to comply with Department of Homeland Security guidelines requiring a warrant from a judge before using a Stingray in a criminal investigation. But major questions remain unanswered, including whether ICE also uses Stingrays for civil immigration enforcement operations (which are not covered by the DHS guidelines), how often ICE and CBP use their dozens of cell site simulators, whether they have taken steps to protect the privacy of bystanders by deleting bystander data after sweeping it up, and whether they inform people in immigration court proceedings when a Stingray has been used against them. Our FOIA request seeks answers to these questions and more.

As the Trump Administration’s hyper-aggressive approach to immigration enforcement unfolds, the public needs accurate information about how immigration agents are tracking down the members of American communities who they are trying to deport. Use of invasive, surreptitious surveillance equipment on our city streets is concerning in any context, and all the more so when done by ICE and CBP. It is incumbent on the government to respond to our FOIA request and open its practices up to public scrutiny and debate.

Nathan Freed Wessler is a Staff Attorney with the ACLU Speech, Privacy, and Technology Project. This blog post was originally published on ACLU.org.