Keeping Hope in the Face of Hate 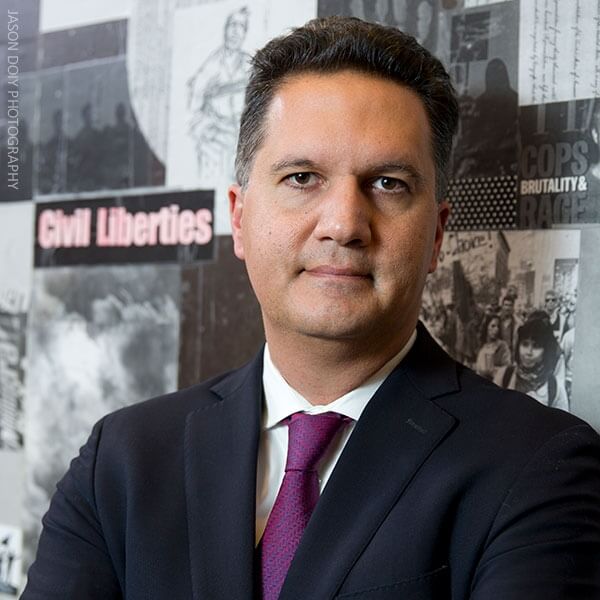 Several times since the horrible events of Charlottesville, people have asked me, "what gives you hope?"

I have had to search past a few things to get to that answer. I have to search past my anger at the president - his policies and his conduct. Past my disgust at the resurgence of white supremacists and their ideology. Past my sorrow and indignation that Black people in this country continue to suffer the legacy and current manifestations of white supremacy and pervasive institutionalized racism. Past my grief for the death of Heather Heyer, who in losing her life in a protest for human dignity joins many other heroes of movements for social justice and civil rights. And past my grief for two law enforcement officials who also died as their helicopter crashed.

Then I get to the question, what gives me hope? And the answer is simple: You do.

And here is why: I have had the privilege and opportunity to work for civil liberties and civil rights in California for more than half my life. Time and again I have seen people come here to challenge the pervasive and systemic forms of discrimination in their communities and their lives, from the siting of toxic waste facilities, to police violence, to mass incarceration and mass deportations.

And this year, for every action that seeks to strip away our basic dignity and rights, there has been an equal and opposite reaction - actually not equal, but a thousand-fold more powerful and positive reaction in defense of human rights.

When candidate Trump was vested with the power of the presidency on Inauguration Day, you gave me hope - when you joined the Women’s March in the largest mass demonstration in our country’s history. When President Trump signed his first executive order of the Muslim Ban on the first Friday of his presidency, you gave me hope when you rallied at airports in defense of immigrants and refugees and the First Amendment principle of religious freedom. When hundreds of white supremacists marched with torches, and then acted with violence at the foot of a confederate statue in Charlottesville, you gave me hope when you rallied that same day and the next night marched with 5,000 peopled holding candles on the UVA campus, and then with 40,000 others in Boston.

You give me hope in how you choose to respond.

The Holocaust survivor and prominent psychologist Viktor Frankl said, “Between stimulus and response there is a space. In that space is our power to choose our response. In our response lies our growth and our freedom.”

This weekend, all of us in the Bay Area will be subject to a stimulus - a stimulus of hate and division. Events being staged in Crissy Field and Berkeley’s Civic Center will be a magnet for the hatred and ideology of white supremacy, ideologies of subjugation and even genocide.

What gives me hope? You do.

And Bay Area residents are choosing our response - to come together and exercise our First Amendment rights of speech and assembly in defense of equality, freedom and justice. In defense of our vision of the United States of America that includes us all - as equal human beings.

I and many of my co-workers and others in the ACLU community will also be speaking up and showing up. If you are looking for a way to get involved, there are a number of opportunities. We will be joining Mayor Lee at the steps of City Hall Friday at noon, joining a vigil in Chinatown Friday night, joining forces with our friends who have organized the Saturday rally at SF Civic Center, and joining events in Berkeley on Sunday.

What gives me hope? You do. Keep speaking up, keep showing up, and keep building towards our vision for our country on the basis of equality, freedom and justice for all.