LGBTQ-Inclusive Sex Ed Would Have Meant the World to Me

“You’re so gay” was one of the most common insults I would hear on the playground or walking the corridors during passing periods between classes. Sometimes it was directed at me, sometimes at another student, and often it was just thrown around as a casual comment to describe someone’s perceived lack of gender conformity, toughness, or coolness.

During these elementary and middle school years in the Fremont Unified School District, I learned quickly that “gay” meant bad, and tried to avoid doing anything that would make my peers turn to me and hurl that slur in my direction. Unfortunately, there was no one to tell me that the term “gay” could actually be something positive, courageous, and worth embracing proudly. There was no one to explain that the term “gay” actually meant something very different than disgusting, weird, or stupid.

On May 2, the Fremont Unified School Board will be deciding whether to adopt a sex ed curriculum called Rights, Respect, Responsibility (3Rs), which would teach students that it’s perfectly normal to have different sexual orientations and gender identities. It would also communicate to students that LGBTQ+ people are equally deserving of respect and love. For the first time, the board will also be considering whether students can get sex education with all their peers, and not segregate classes by gender.

I’ve written a letter to the board about my support for comprehensive, inclusive sex ed. So have many of my peers — I’ve included some of their letters below. 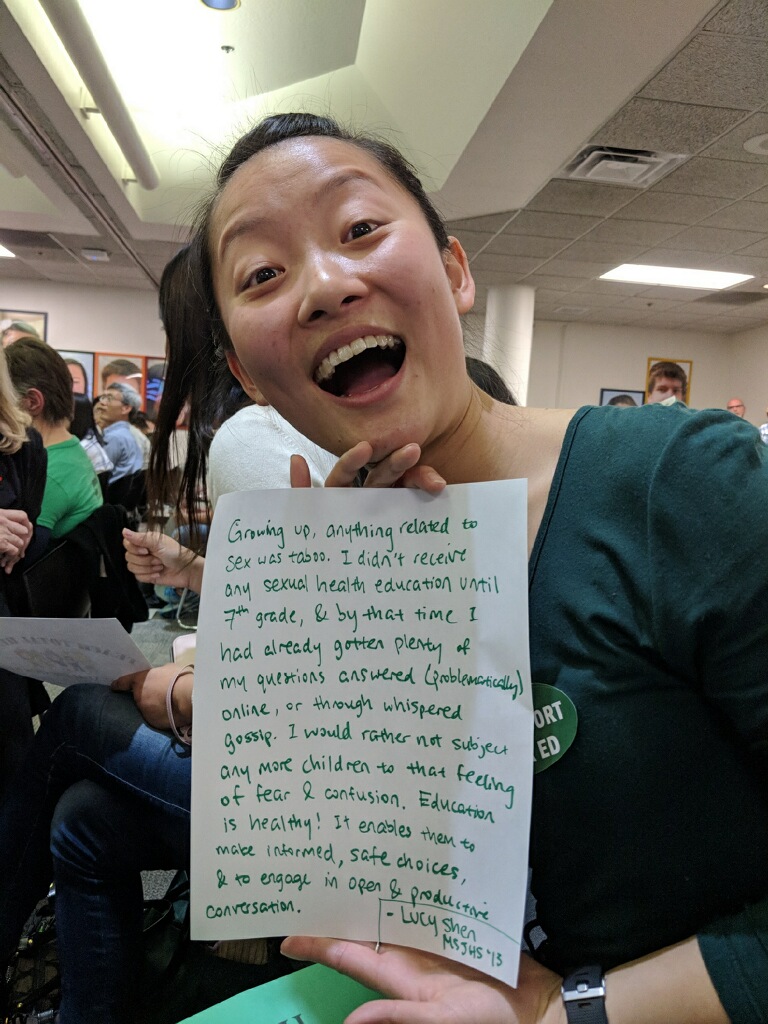 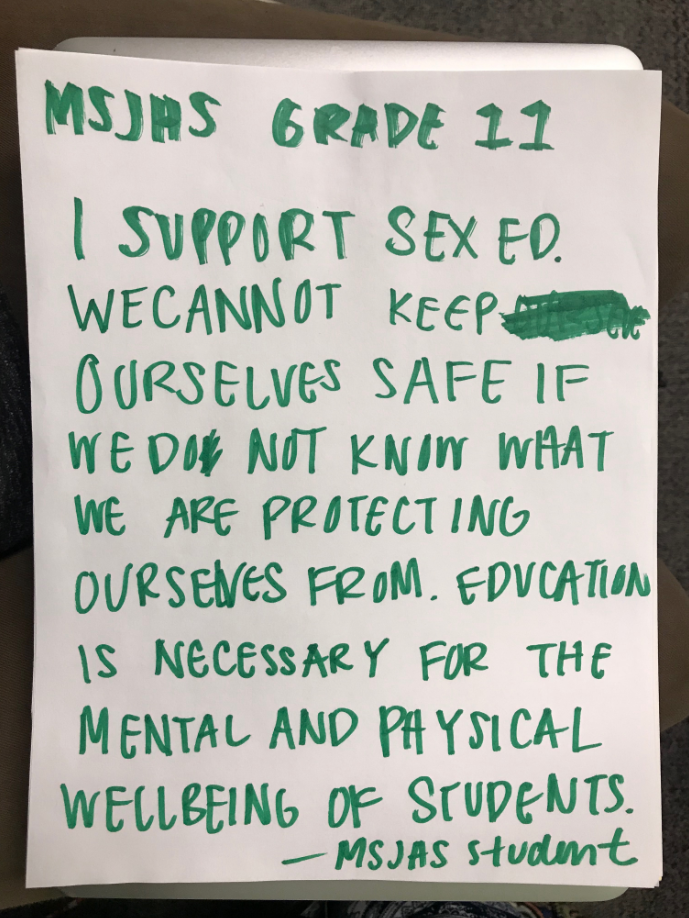 An inclusive sex ed class would have saved me many years of self-doubt, and many sleepless nights of worry that there was something wrong with me. Instead, my first experience with sex ed was being forced to separate from all my friends (who were mostly girls) and attend a class with boys in 4th grade. For me it was slightly uncomfortable, but I know that for many it can be traumatic.

We don’t live in a gender binary world where everyone neatly fits into the categories of boy or girl. People are more complex than that, and in every sex ed class there will be at least one or two students (statistically this is proven!) who are questioning or struggling with their gender identity. It’s unkind and unfair to force someone to choose between outing themselves before they are ready or attending a class that will give them incomplete information about their own health. Being in a class full of girls when you identify as a boy (or vice versa) can cause dysphoria, and these two genders don't even encompass all the different identities students have. Even more problematic is the fact that the material covered in classes like this often show images of what a girl or boy looks like, with no explanation or acknowledgement that there is a lot of biological variance, and that there are students who could be intersex. 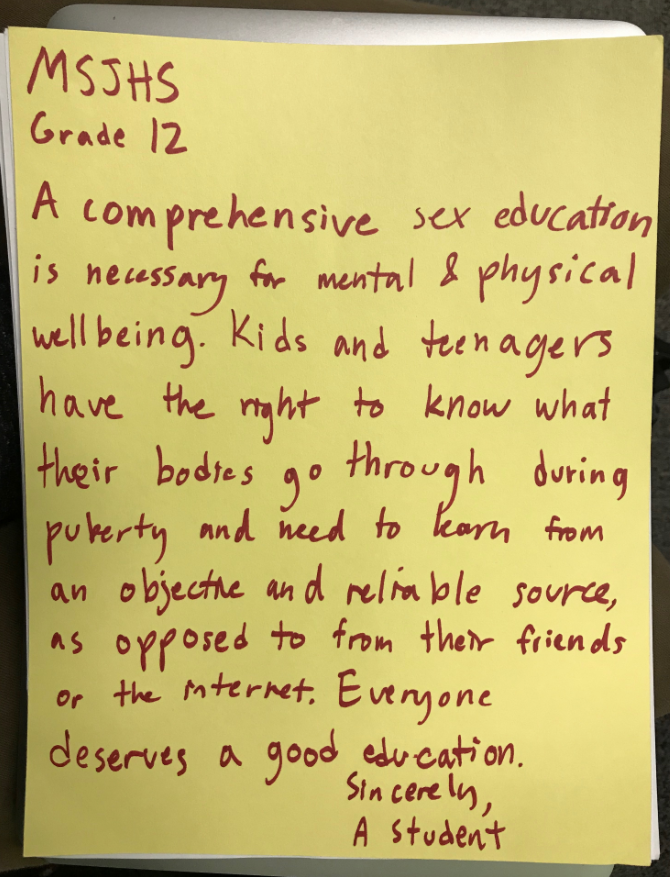 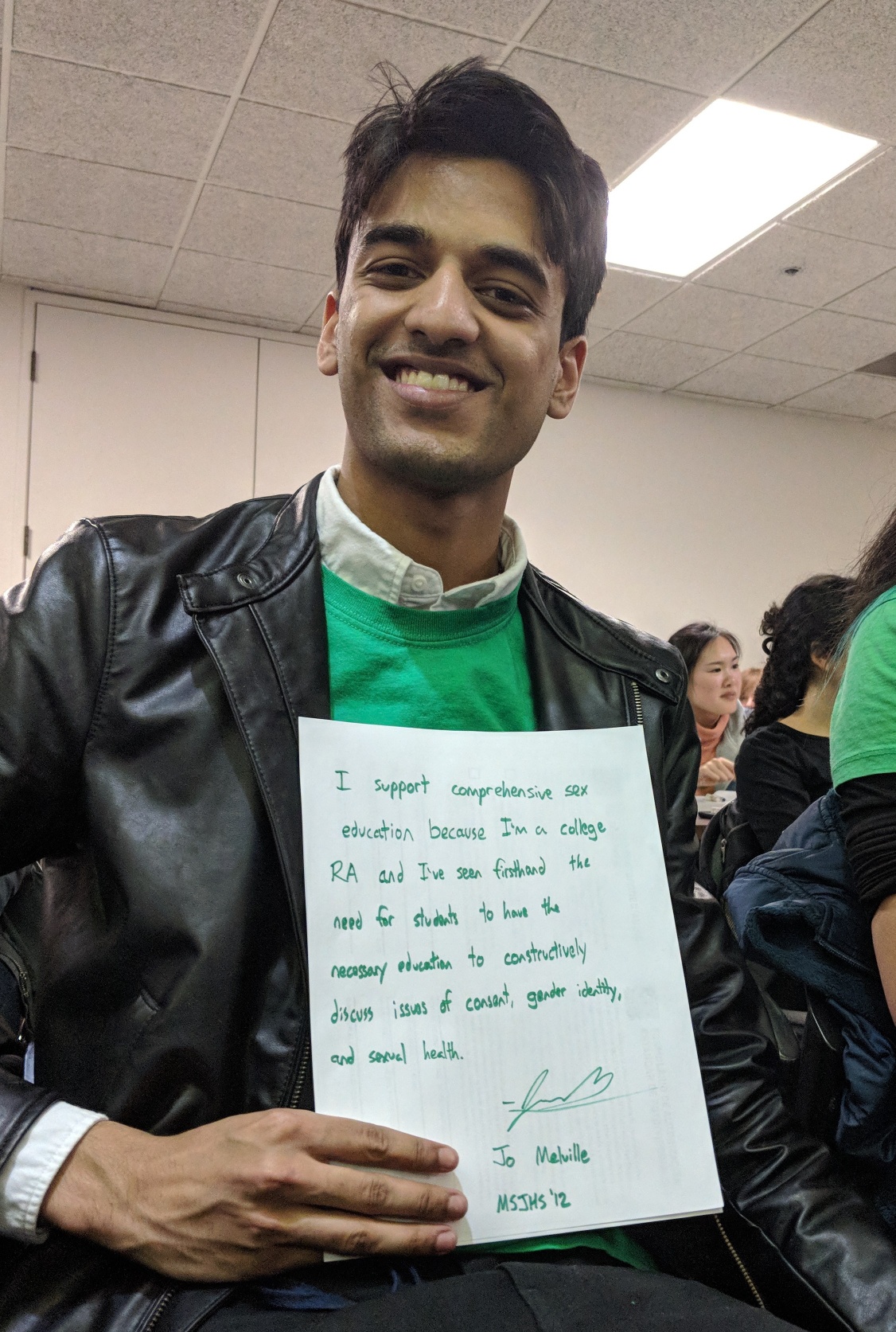 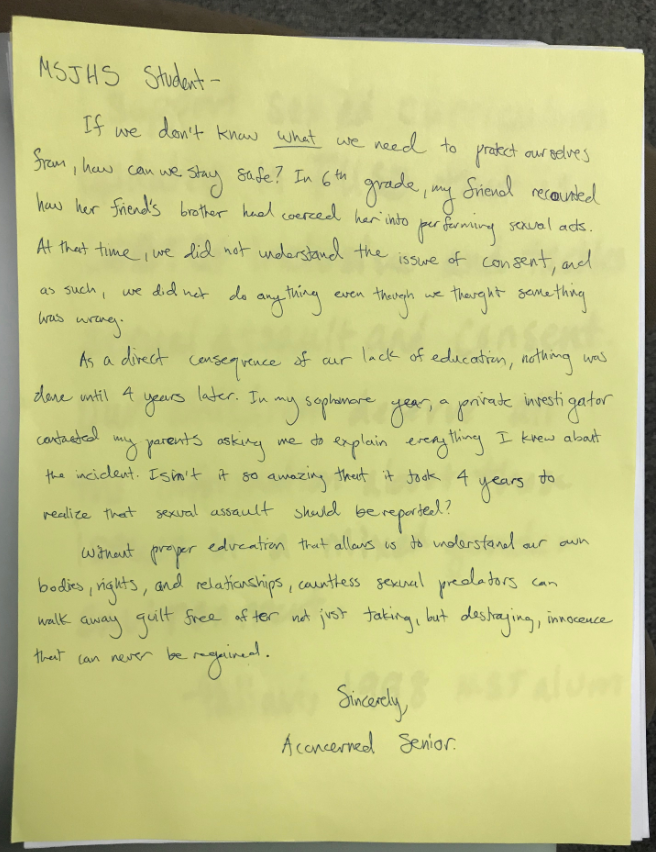 In middle school, I learned about sex, reproduction, and STDs in sex ed. These important topics that all middle schoolers should be educated about were taught in an entirely heteronormative way. After years of hearing the term “gay” (and “tranny” and worse) being said by students, the health curriculum added to the erasure of LGBTQ+ identities by pretending gay and trans people don’t exist. The LGBTQ+ community has health and sexual education issues that should be addressed and taught to all students. The erasure of LGBTQ+ identities spoke very loudly about the level of acceptance practiced in our schools, and it is no surprise that other students got the same message. Throughout middle school, the level of bullying and harassment I experienced only escalated.

LGBTQ+ youth deserve the same education that is given to their peers. We deserve to learn about our bodies, our experiences, and what we need to lead safe and healthy lives. We deserve to know that we are not alone, and any health curriculum is incomplete and inaccurate without being LGBTQ+ inclusive. We deserve to have trusted adults teach other students what it means to be LGBTQ+ so that we are not responsible for educating our peers about our identities, or shielding ourselves from bullying that stems from a lack of awareness. LGBTQ+ youth exist in EVERY classroom, and to ignore this reality is a failure on the part of our school system — which instead of normalizing LGBTQ+ identities is normalizing the marginalization and harassment of LGBTQ+ students through incomplete sex ed.

Fremont Unified School District has for too long taught an outdated version of sex education that excludes and erases LGBTQ students. I know we can do much better! We have to — future generations of Fremont students are depending on us.

Sameer Jha is a high school student and activist from Fremont, California.

State law requires that sex ed curricula be comprehensive and medically accurate. To learn more about the California Healthy Youth Act, which establishes that sex ed in California's public schools must be inclusive of LGBTQ people, click here.