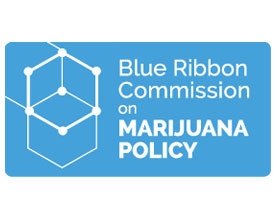 The following is one of many conversations with marijuana experts in my Policy Perspectives blog series for the Blue Ribbon Commission on Marijuana Policy.

As a member of the Steering Committee of the Blue Ribbon Commission, I was interested in speaking with an expert on Driving Under the Influence (DUI) - especially as it relates to marijuana - to learn about this important dimension of public policy. Andrea Roth was just that person.

Assistant Professor at UC Berkeley School of Law, Andrea is the author of “The Uneasy Case for Marijuana,” a forthcoming California Law Review article, which is available to read online. In it, she focuses on the history of DUI in the case of alcohol, and compares the science and policy issues of alcohol with those involving marijuana.

ABDI: Your article is getting a lot of praise from people who have read it. I hope many people read it.  But let me start by asking how did you develop your interest in issues related to driving under the influence? I mean, how does a law professor decide, I am going to focus on DUI?

ANDREA: I came to the world of DUI by way of being interested in how the age of machines have transformed criminal justice. DUI is, in some ways, the ultimate trial by machine. First, a machine measures the alcohol in the breath. We had the "Drunkometer" in the 30s, now we have the "Intoxilyzer." Second, we now define the very crime of drunk driving in terms of a machine result. All 50 states have passed per se DUI laws that criminalize driving with a blood alcohol level of .08 percent. That type of mechanical liability in criminal law is interesting to me.

ABDI: How did the current system for determining alcohol in the human body for the purposes of roads come about? What would you want people to know about that history? Do you feel it was based more on science, politics, or on just practical issues?

ANDREA: I think the public should be aware that the .08 standard is based on decades of careful scientific research – specifically single-car crash and case-control studies – on how specific blood alcohol concentration increases relative crash risk. Based on such studies, there is a predictable, linear relationship between blood alcohol level and crash risk. And crash risk, as a sign of morally blameworthy dangerousness, has always been what we look to in deciding how to criminalize chemical impairment from a drug that is not illegal. Attempts to lower the level to .05 failed because the increase in risk at .05 is not significant enough in the minds of the public to justify criminal punishment. The reason zero-tolerance laws work for DUI cocaine is that possession of the drug itself is morally blameworthy, so driving with any amount of the drug in your body is morally blameworthy. That logic doesn’t work with alcohol or legal marijuana – you have to look to dangerousness, as measured by crash risk.

ABDI: What about alcohol makes it predictable?

ANDREA: The process by which ethyl alcohol affects the mind and acts upon the body is similar in everyone. It is an unusually simple drug that makes alcohol-related crash risk relatively easy to study. When we drink a glass of wine, the alcohol travels quickly and evenly to the blood and the brain. It is both water and fat soluble and is only potent in high enough amounts to ensure broad distribution through the body. If you have a certain blood alcohol level, you also have a certain level of brain intoxication. Alcohol leaves the body quickly and efficiently so your blood alcohol level doesn’t stay high for hours after you drink.

ANDREA: Marijuana is the same in the sense that we know it causes intoxication just like alcohol and so many other drugs. But it is different in three key respects.

First, there is no linear relationship between the level of THC in the blood and the level of intoxication in the brain. When you smoke marijuana, more than 2000 compounds are broken down. THC is the most psychoactive but it is not water soluble and doesn’t uniformly affect the blood and brain.

Second, unlike alcohol, THC can stay in one’s system for hours or days after ingestion and its metabolites can stay for days or weeks in an unpredictable fashion.

And third, scientists don’t agree on precisely how or why THC affects the brain. Its efficiency and potency depend on a number of factors, like mode of ingestion, dosage and history of the user.

ABDI: Given what you have learned, what should people know about how you can approach DUI issues for marijuana?

ANDREA: First, we can’t legitimately create a criminal per se DUI marijuana law and claim it is analogous to .08 unless we establish a relationship between level of a chemical like THC and increased relative crash risk through scientifically valid studies. The single-car crash and case-control studies that have been done where drivers have been tested for marijuana show no such relationship based on THC blood levels. And while multiple-car crash studies are harder to draw inferences from, those too suggest no such relationship. The National Highway Transportation and Safety Administration just published a case-control study in February 2015 finding no increased relative crash risk related to THC alone. By criminalizing DUI marijuana based on THC blood levels absent any relationship to increased relative crash risk, we label and punish as criminals people who have not been demonstrated to be at a morally blameworthy level of chemical impairment. Anecdotes abound of chronic medical marijuana users who wake up with a high THC blood level but are not impaired at all. We need to insist upon research rather than settling for sloppy and irresponsible analogies to .08 that are not backed up by science.

ABDI: Would you get in a car or put your kids into a car with someone who had been smoking marijuana?

ANDREA: Probably not, just as I might not put them in a car with someone who was a new or aggressive driver or who had been drinking at all. But my caution as a mother is not the standard for moral blameworthiness leading to criminal punishment based on chemical impairment. If we want to discourage behaviors we find risky, even if they are not morally blameworthy, such as driving a little too fast or not wearing your seatbelt, the way to do that is through the regulatory state, not criminal law.

ABDI: If you were talking to a chief of police, who is looking at the practical issue of how to deploy their officers to keeps roads safe, what would you want them to know and think about?

ANDREA: I’d want them to seek more funding to train officers as drug recognition experts (DREs), to give prosecutors better tools to secure convictions without relying on arbitrary numbers. I’d suggest deploying cameras to document drug induced impairment to corroborate police officer testimony. I’d want them to seek grants to get a breath or saliva or hair test that might have a shorter window of detection than a blood test and would allow quicker sampling. A police officer invented the Breathalyzer and a police-consultant chemist invented the "Drunkometer." Perhaps a law enforcement officer might invent an oral fluid test for THC that shows a meaningful relationship between oral levels and crash risk. We won’t know until we try.

ABDI: And if you were talking to a policymaker, who is trying to figure out a state system of marijuana regulation as it relates to DUI, what’s the main thing you want them to be thinking about?

ANDREA: When policymakers think about criminalizing chemical impairment in drivers, they need to base such a law on one of two legitimate penal theories. One is a jurisprudence of prohibition, where possession of the substance is morally blameworthy so driving with any amount is too. The second is a jurisprudence of dangerousness, where you criminalize a certain level of chemical impairment demonstrably associated with a morally blameworthy level of risk – here, relative risk of a car crash. The level of dangerousness doesn’t depend on whether the drug is legal. To justify a per se THC-blood-level DUI marijuana on a dangerousness theory, you would have to scientifically establish the existence of a predictable linear relationship between THC blood levels and increased relative crash risk. That science does not exist. In the meantime, policymakers could still use administrative law to regulate marijuana and driving, just like they regulate speeding. And they could give police cameras and DRE training to better secure convictions in DUI marijuana cases under existing subjective impairment laws.

ABDI: Is there anything else you want people to know and think about?

ANDREA: I would want people to recognize that we can still combat drugged driving without relying on morally incoherent numerical standards, and to think critically about any claim made in the heat of political battles that marijuana legalization will lead to a “drugged driving” crisis. An Arizona Department of Public Safety review in 2012 found that less than 1 percent of suspected impaired drivers for an entire year involved in crashes leading to injury or death tested positive only for THC. Compare that to the latest roadside surveys suggesting that 7 percent of drivers test positive for THC. If there is a drugged driving crisis, it doesn’t seem to involve people with only THC, and no other drug, in their blood.

Abdi Soltani is the Executive Director of the ACLU of Northern California and a member of the Blue Ribbon Commission on Marijuana Policy Steering Committee.