A Mostly Blissful Marriage State of the Union 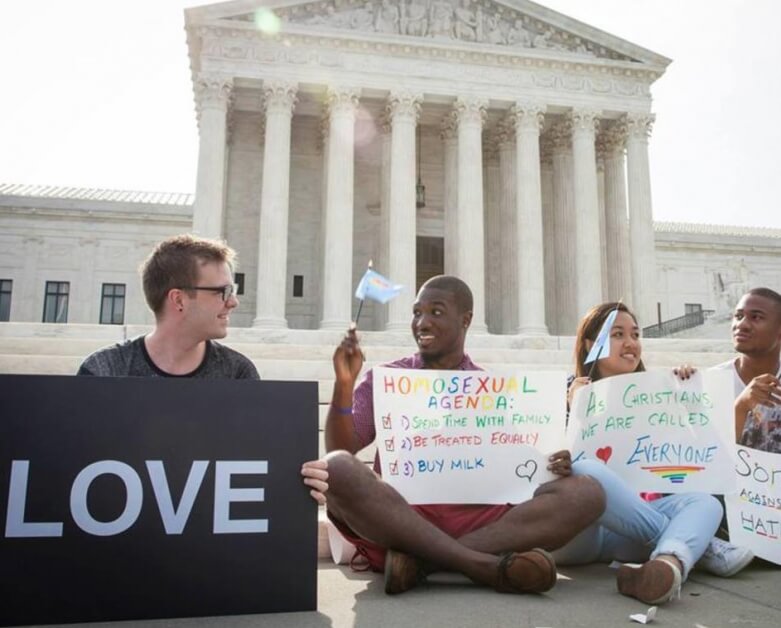 Unless you've been hiding under a rock or got lost under a mountain of glitter, you know that on Friday the Supreme Court ruled in a 5-4 decision that same-sex couples looking to tie the knot may do so in all 50 states. I was proud to stand on the steps of the Supreme Court with our clients as the decision came down, marking the victorious culmination of a 45-year battle towards marriage equality.

As the country rejoiced and couples sped to their courthouses to legally wed, many enjoyed for the first time equal access to the time-honored institution of marriage and the 1,000-plus protections and obligations that come along with it. For the most part, the vast majority of states immediately respected the highest court's ruling and allowed couples to marry without incident. We anticipate this trend will only continue and that the few logistical bumps like not having forms that reflect the correct sex designations will soon be ironed out.

In a small minority of counties in states like Texas, Alabama, Mississippi, and Louisiana, couples were denied immediate access to marriage licenses, but most have been quick to change their tune and implement marriage equality as the law of the land. The outlier remains in Texas, where Attorney General Ken Paxton has issued guidance suggesting that county clerks may be able to refuse to issue marriage licenses because of their religious beliefs.

As an organization that has fought for religious freedom for all Americans for the past 95 years, we know very well that the freedom to practice one's religion is a constitutional right and one that should be taken seriously. We also know that Americans believe that no one should be discriminated against simply because of who they are.

Time and again, we've defended the rights of religious groups or individuals, and the current landscape is no exception. Religious organizations and individuals have a right to practice their beliefs. But we also believe that government-funded or public-facing businesses cannot turn someone away – whether to issue a marriage license, a paycheck, a good, or a service – in the name of religious freedom. Government officials serve all of us, and they don't get to cherry pick who they serve or which laws they follow.

We are optimistic that marriage equality will become the law of the land without incident, but we're ready to ensure that the ruling is implemented equally and smoothly. The ACLU is on standby to offer legal assistance for same-sex couples being denied the right to marry. If you or someone you know is turned away, please contact the ACLU here.