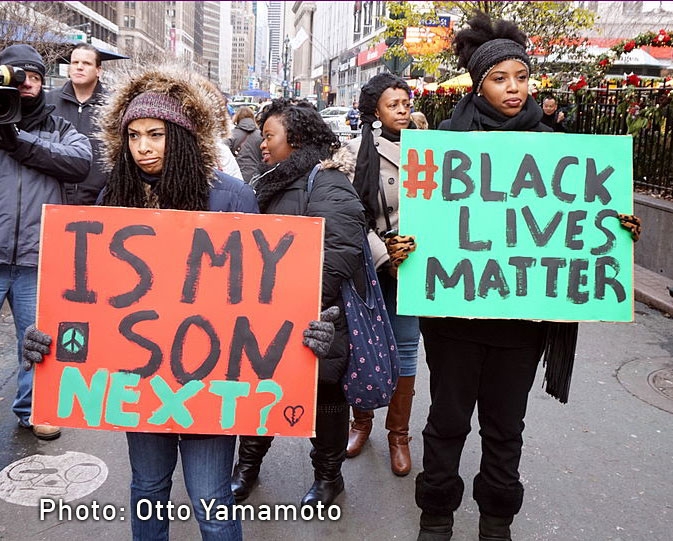 If there’s one thing the First Amendment stands for, it’s that vigorous debate about the issues of the day – even, and perhaps especially, uncomfortable debate about things like racism or terrorism – should be free from government interference. Tragically, that principle has been betrayed repeatedly over the past decade and a half, as law enforcement agencies continue to single out individuals for scrutiny based on speech or association protected by the First Amendment.

And, if the Senate intelligence committee gets its way, we’ll be chalking one more betrayal up on that blackboard. Last week, the press reported that the committee had secretly inserted a provision in a spending bill that would require social media companies to report posts about “any terrorist activity” to the government.

The bill is hopelessly vague on what that means. That’s because it goes far beyond a reporting requirement for wrongful conduct – terrorist activity – and will invariably result in the reporting of speech about terrorism – including by activists and other peaceful people with forceful opinions.

In practice, were this to become law, websites will likely do a couple of things.

First, companies will overcorrect and start taking down content wholesale. They will monitor posts for keywords like ISIS or “don’t tread on me” (a libertarian slogan that some identify with white supremacist and anti-government ideology) and pull them. That will chill an enormous amount of online debate over sensitive and important topics like the propriety of the Confederate flag memorial in South Carolina.

This is not a theoretical concern. There are numerous cases of large internet content companies taking down uncomfortable – but perfectly legal – speech because of government pressure (far less than the mandatory reporting requirement in this bill). For example, Apple voluntarily blocked applications that permitted users to identify the sites of overseas U.S. drone strikes. Say what you will about the legality, ethics, or wisdom of overseas drone strikes themselves (and we’ve had a lot to say), the free flow of information about drone strikes – such as their locations – is essential to feed vigorous and unfettered debate about this critical issue. One can just imagine what would disappear from the online debate in the face of a must-report law.

Increased racial profiling and targeting of groups based on content

Second, and perhaps worse, companies – faced with the proposal's utter lack of guidance on what the law requires them to report – will apply the law inconsistently. Our nation’s history and its recent post-9/11 practices tell us that sensitive issues of particular interest to vulnerable minorities – religious, racial, ethnic, social, political, etc. – will receive more scrutiny, and therefore more censorship. Consider, for instance, online discussion about the spate of police shootings of unarmed African-American men, and claims by many in law enforcement that the growth of a protest movement against police violence is feeding violence against the police.

There have been several indications that the FBI is quite literally treating activists in the #BlackLivesMatter movement as suspected terrorists. Undoubtedly, some social media platforms are going to follow that lead, report that content to the FBI, and thus perpetuate the targeting of minority groups for law enforcement scrutiny based on First Amendment activity.

Free speech means ensuring the public square – which is increasingly migrating online – is open to viewpoints and arguments that we disagree with or find objectionable. Oftentimes, the hurly burly of public debate includes opinions that may make us squirm, but that nevertheless have an important place in a country that values truth above comfort in the marketplace of ideas. We have a right to discuss any issue, even sensitive ones, without fear that our internet provider, social media platform, or telephone company is monitoring and reporting what we say. This bill language would lead to the improper monitoring and suppression of constitutionally protected speech.